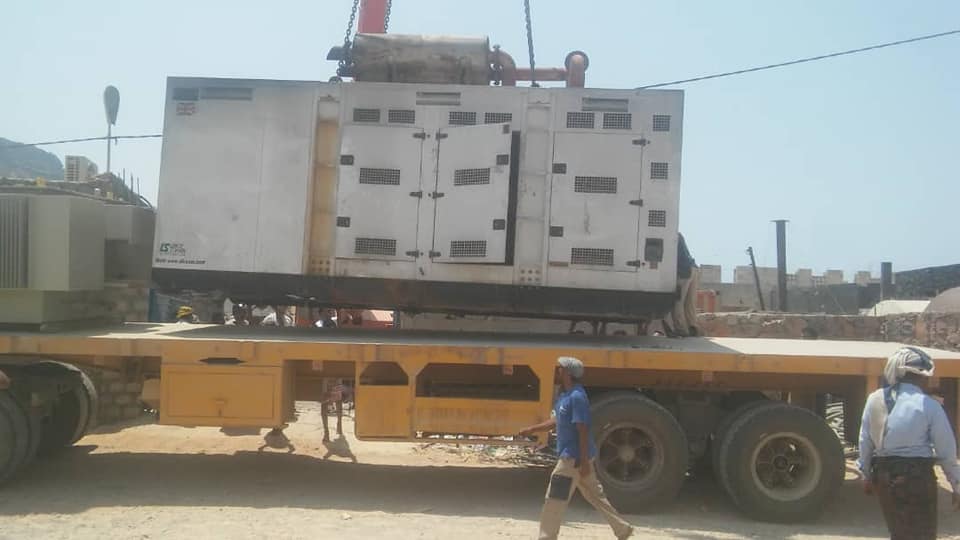 Governor of the Yemeni southern Socotra Island accused on Wednesday the Emirati delegate and his "tools" [i.e. the Southern Transitional Council (STC)] in the archipelago of attacking the State's institutions and seizing their items.

Accompanied by STC fighters, the Emirati delegate, Khalfan al-Mazroie who is in charge of the Khalifa relief institution, "stormed Wednesday into the Socotra electricity corporation and took power generators and transformers out of the plant," Governor RamziMahroossaid on Facebook.

He called for the "unacceptable aggression on the State's institutions" to be stopped immediately, noting that he instructedsecurity authorities to "guardthe State'sinstitutions and fend off sabotage steps and plots."

Who seeks to "punish Socotra people, abuse their services spark sedition will lose" as the people of Socotra and "all the honest will stand against any hand trying to devastate theirgovernorate and won't allow for sedition" to take place, Mahroos added.

Socotra electricity corporation said "armed groups led by Yahiya Mubarak, head of the STC, raided the corporation by force and stole one generator and two transformers."

The equipment were boarded on trucks and taken to the Emirati Khalifa institution, the corporation added in a statement.

Cables feeding the city of Hodaibo were disconnected from the plant constructed by funds from the Saudi program for reconstruction, the statement read.

According to an official document seen by Debriefer, Socotra governor instructed the police to "cordon off the site, to which the stolen generators and transformers were transported, to restore" the equipment.

The governor also ordered security authorities to guard the electricity corporation and Hodaibo power plant, and to boost security at the public buildings.

On June 30, Socotra witnessed a massive demonstration in support for the archipelago's local authorities loyal to the internationally-recognized government and in protest of unofficial troops' presence under Emirati directive in the Indian Ocean island.

In May 2018, the island saw unprecedented tension, following UAE deployment of military troops in the archipelago's airport and seaport without a permit from central or local authorities, but the problem was ended after Saudi mediation and troop pullout.

The Emirati-backed STC forces seized on 10 August full control over Aden, following 4-day violent clashes with official army that left 40 people killed and 260 others injured, according to UN release.

On August 28, the separatist STC's leader,Edaroos al-Zobaidi, vowed to take control of Shabwa, Hadhramout Valley, Mahara, Socotra and Mokairas, as an urgent priority for the south as the seizure of Aden.