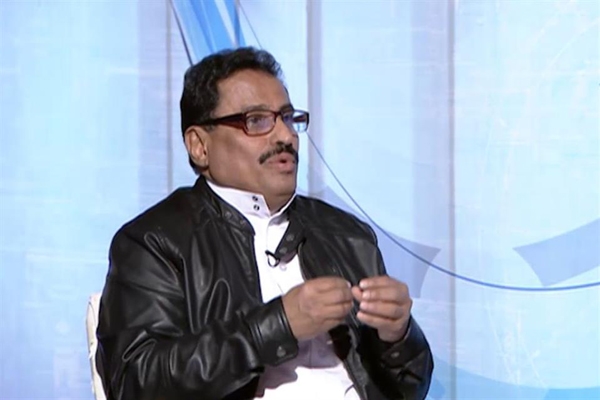 The Yemeni internationally-recognized government has decided to press internationally for halting the Emirati "infringement" against the country's airports and seaports, transportation minister said Friday.

This is to "put international organizations before their responsibilities for infringements against the Yemeni sovereignty in the form the country's airports and seaports," he added.

Last Tuesday, Jabwani accused the United Arab Emirates - the key partner in a Saudi-led Arab coalition backing legitimacy in Yemen - of using Yemeni seaports and airports to bring weapons for the separatist rebels in Aden.

Recently, the UAE has "started flights to and fro Rayan airport [in Hadhramout] without any coordination with the transportation ministry, and it's using the country's ports to bring weapons for the separatist Southern Transitional Council (STC) forces in Aden."

From Saudi Arabia, the minister vowed to "put an end for these breaches .. soon, by raising the issue at table of ICAO, IMO and other international relevant groups."

Based in Hadhramout provincial capital of Mukalla, Rayan is one of the Yemeni key airports. After Mukalla was freed from Qaeda control in April 2016, the facility has been closed before flights.

Last April, another Yemeni official accused the UAE of persistently closing the airport and turning it into military barracks.

Since the 4th of April 2016, Rayan has been under control of the Emirati-backed Hadhrami Elite forces that have stopped civil flights, furthering the Yemenis' sufferings.

The facility is used by Emirati officers as residence and transport center, and for planes of Yemeni officials after UAE permission.

On 27 June, the legitimate government said flights to and fro Rayan airport would be resumed soon, but not yet.

On 10 August, the STC forces seized full control over Aden, following 4-day violent clashes with official army that left 40 people killed and 260 others injured, according to UN release.

The Yemeni government is accusing the UAE of supporting the separatist STC in the "rebellious coup".

Since its intervention in the war, the Arab coalition controls the Yemeni air and sea ports.