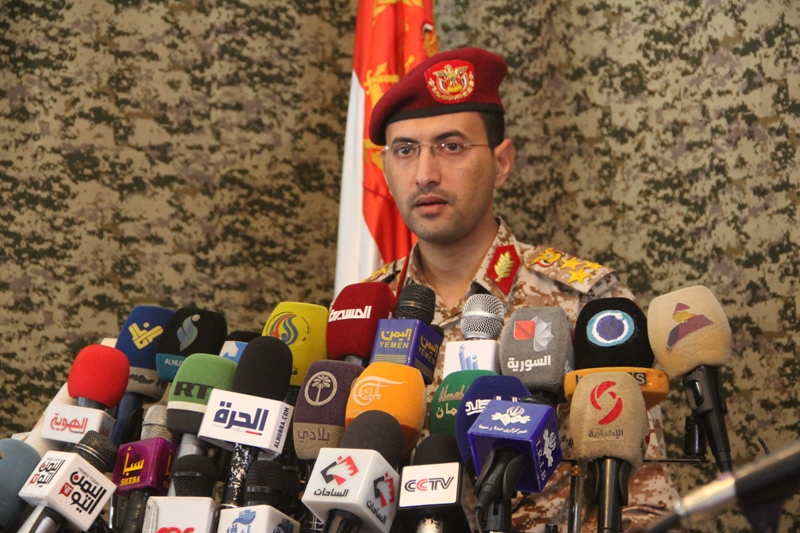 The Houthi group (Ansar Allah) threatened on Monday to launch more attacks on Saudi Aramco facilities, which it said were targeted by 10 drones on Saturday, although US officials said the scale and accuracy of the attacks showed they were not carried out by the pro-Iranian group.

Houthi forces spokesman Brigadier General Yahya Saree said in a statement that "the second deterrent balance operation targeting Abqaiq and Khurais refineries was carried out with a number of new drone types, which are operating with different engines and new ones between normal and jet."

Saree warned companies and foreigners not to stay in the plants that we have targeted because they are still within our reach and could be targeted again.

" We assure the Saudi regime that our long hand can reach any place we want at any time we choose,", he added.

A senior US official has blamed on Sunday Iran for the attacks, saying there was no evidence they were launched from Yemen.

United States officials have said that Iran was responsible for the attacks on Saturday, the most audacious and damaging blow to Saudi Arabia in the four and a half years of Yemen’s civil war, and have cast doubt on whether they were launched from Houthi territory in Yemen.

The Americans offered no evidence of Iranian involvement beyond satellite photos of the damage, whose meaning was unclear, and they did not say who was directly involved in carrying out the strikes or from where they were launched.

According to Reuters, the official, who asked not to be named, said there were 19 points hit in the attack, and that Saudi officials saw evidence of the use of cruise missiles in the attack, which is inconsistent with the Houthi claim that they carried out with 10 drones

The Iranian foreign Ministry called groundless accusations from US Secretary of state Michael Pompeo of involvement in Tehran for attacks on oil facilities in Saudi Arabia.

"These accusations are false and groundless, and from the diplomatic point of view is unacceptable,”  quoted by Mousavi, the press service of the foreign Ministry of the Islamic Republic.

The attack caused more than half of the kingdom's production, or more than 5 percent of world supplies, to shut down, or 5.7 million barrels per day.