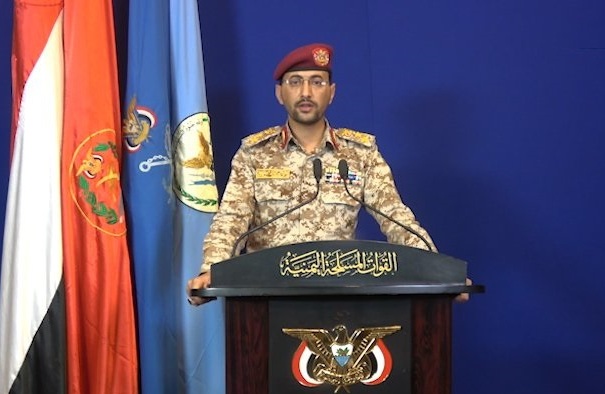 Yemen's Houthi group (Ansar Allah) threatened on Wednesday to launch attacks on UAE cities, including Abu Dhabi and Dubai, saying it had "dozens of targets" in the UAE and renewed its claim to target Saudi Aramco and exhibited weapons used in the attack.

The Houthi forces spokesman Brigadier General Yahya Seree said in a press conference:"We have dozens of targets within our target bank in the UAE, including in Abu Dhabi and Dubai, and may be targeted in one moment."

The military spokesman for the Houthis said to address the UAE regime: "Only one operation will cost you a lot. You will regret. Yes, you will regret if the leadership decides to instruct the armed forces to carry out any response in the coming days or weeks."

He continued: "We tell the UAE if you want safety for your installations and glass towers, leave Yemen alone."

He also vowed further attacks against Saudi Arabia and the United Arab Emirates with back twice as hard, threatening to burn more facilities and vital targets if he continued what he described as "aggression" on Yemen.

With regard to the attacks on the facilities of Saudi Aramco in eastern Saudi Arabia, a spokesman for the Houthi forces said the attack was carried out by several types of drones launched from three main points, depending on the range and route, and from different destinations, depending on the location of the target.

He explained that the new drones have "jet engines and fissionable heads carrying four precision bombs," pointing to the use of "Qasif" and "Sammad-3" drones up to a range of 1700 km.

He said the planes have warheads fission carrying four precision bombs per hit, and can hide, maneuver and hit the target from several angles.

The military spokesman for the Houthis that other drones participated in the operation to disguise, and considered that this reflects the level of planning and implementation reached by the group.

At a press conference less than two hours after a press conference by Saudi Defense Ministry spokesman Colonel Turki al-Maliki, Saree showed pictures he said were taken before the operation by reconnaissance planes, noting that his group had taken pictures from within the targeted sites.

Saudi Defense Ministry spokesman Colonel Turki al-Maliki said that Iranian-made Delta-Wong drones were involved in the attack on Aramco, which was carried out using 18 drones and seven cruise missiles, type "Ya Ali".

He added that "the attack came from the north to the south and certainly was supported by Iran."

"Iran is behind attacks on civilians in Saudi Arabia through its proxies in Yemen," he said, adding that "The attack on the Aramco facilities at Abqaiq and Khurais is an extension of previous attacks Iran is behind them."

During the press conference, al-Maliki presented photographs, statements, wreckage of drones and missiles that he said were used in the attacks as irrefutable evidence of Iranian aggression.

Two oil facilities of Saudi oil giant Aramco in the provinces of "Abqaiq" and "Hijrat Khurais" in the eastern region of Saudi Arabia attacked  last  Saturday by drones claimed by the Houthi group (Ansar Allah) in Yemen, which led to huge fires. It was the third such attack by the Houthis in four months on the company's facilities.