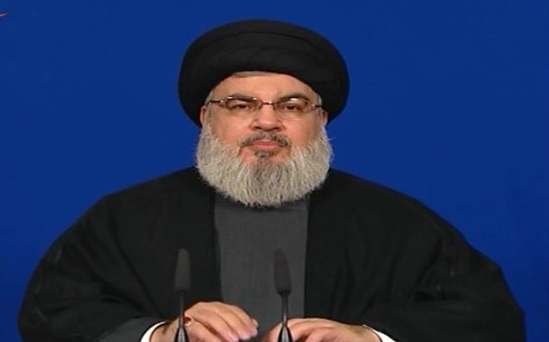 Hezbollah secretary-general called Saudi Arabia and the United Arab Emirates on Friday to review their stance at their 4.5-year-old military campaign in Yemen.
"Instead of expensive search for new air defense systems to fend off drones, stop the war," Hassan Nasrullah urged the two Gulf states. "Stop the war instead of humbling yourselves and experiencing" a similar operation as that of "Aleppo by the Trump administration."
He criticized the international condemnations against the attacks on Saudi oil facilities last Saturday, while the Saudi-led coalition's persistent assaults on Yemeni people have not been deplored.
Nasrullah warned the Saudis of destruction if gets in war with Iran. "Don't incite war, as your houses and economics are made of glass."
The Saudi Aramco oil facilities were attacked last Saturday, reducing the KSA's production to half, with the Houthi group in Yemen claiming responsibility.
Saudi defense ministry officially accused Iran on Wednesday for the strike, but Tehran denied.
Hezbollah flagrantly supports the Shiite Iranian-backed Houthi rebels.
Nasrullah lauded the attacks on Aramco as a sign of the "very strong resistance axis" that can "go beyond."
GCC states count on Trump's administration that failed in Venezuela, North Korea, China, Syria, Iraq, Iran and Palestine, he added.