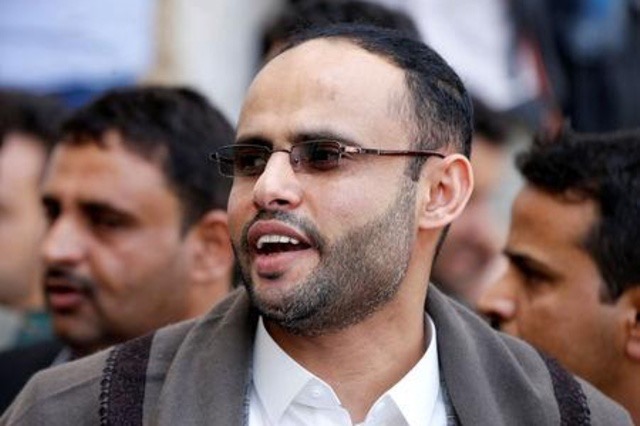 The Houthi group (Ansar Allah) announced on Friday evening that they would stop attacks on Saudi Arabia, demanding Riyadh a similar declaration, as part of a "peace initiative" aims to conclude a "comprehensive national reconciliation" under "serious and genuine" negotiations between the various parties to the conflict in the country for the fifth consecutive year.

Al-Mashat confirmed that his group reserves the right to respond in the event of failure to respond to its initiative to stop attacks on Riyadh, stressing that the continuation of the war will not be in the interest of anyone and "it could lead to serious developments that we don't want to happen."

"We will not hesitate to launch the stages of great pain unless those countries respond to peace and stop their aggression against our people.", he added.

"I call on all parties from all sides of the war to engage seriously in genuine and serious negotiations leading to comprehensive national reconciliation that does not exclude any of the parties.", he continued.

He called on the Saudi-led Arab coalition countries to "lift the ban on Sana'a International Airport and stop interception of ships heading to Hodeida port, which is necessary to ensure humanitarian access to the country.

The Houthi leader renewed the declaration of a general amnesty and called on all the deceived individuals and leaders to take advantage of this opportunity and return to the bosom of the homeland and right way.

He called for the release of prisoners of the opinion and every prisoner who was not found guilty unless they were prisoners or imprisoned for involvement in crimes affecting the rights of citizens or involved in treason of the country.