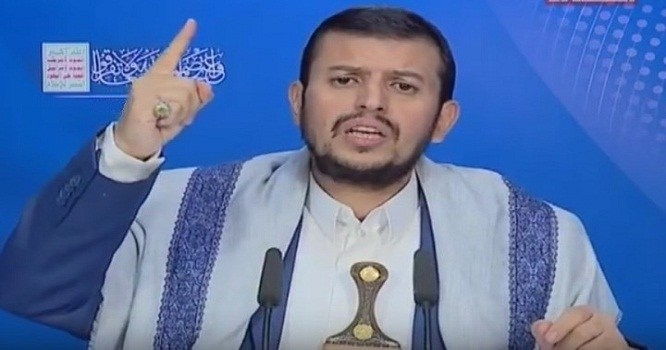 The leader of the Houthi group (Ansar Allah) Abdulmalik al-Houthi threatened on Saturday evening to continue targeting his forces the countries of the Saudi-led coalition to support legitimacy in Yemen.

In a televised speech marking the fifth anniversary of the group's takeover of the capital Sanaa on 21 September 2014, Al-Houthi said: "There are no red lines in targeting the countries of the Saudi-led aggression coalition if they continue to bomb and attack Yemen."

He added:“it is in the interest of the Colition of aggression to take advantage of the initiative put forward by the President as to stop their aggression, bombing and blockade while the Army and Popular Committees will stop strikes directed at the depths with drones and missiles, asking citizens in the targeted areas to take caution and stay away from those facilities.

The Houthi group (Ansar Allah) announced on Friday that it would end all strikes on Saudi Arabia, provided the kingdom and its allies did the same.