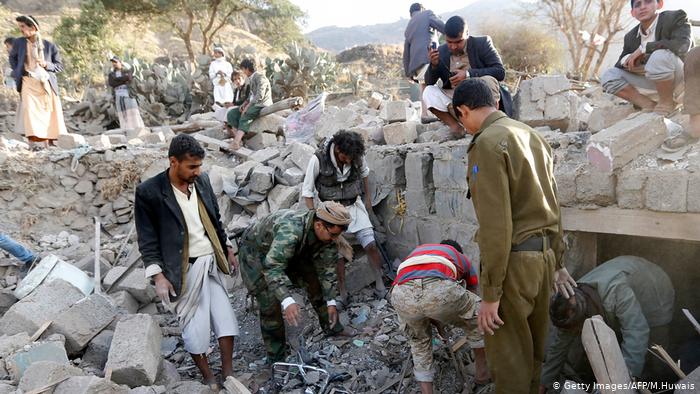 The Houthi group (Ansar Allah) said that five civilians from one family were killed in air strikes launched by the Saudi-led Arab coalition fighter jets on Amran province north of Sana`a.

According to the Houthi-run Al-Masirah TV five nomadic people were killed and two children were still missing after three coalition air raids on pleace the family resorted to when the attacks began in the Al-Sawad area of Amran (50 kilometers from Sanaa.) .

Al-Masirah pointed out that the warplanes resumed the air raids at dawn Monday on the Al-Sawad area in the Directorate of Amran, increasing  the total raids` since midnight on Sunday to 11 raids.

There has been no confirmation or denial from Saudi Arabia or its coalition about the Houthis claims.

The Houthis announced on 20 September the stop all forms of targeting  on Saudi territory while retaining the "right of reply" in a unilateral move.

Houthi leader Abdulmalik al-Houthi called on the Saudi-UAE coalition to take advantage of his group's initiative to stop its bombing on Saudi territory in return for the stop coalition's bombing in Yemen, while Riyadh met the Houthi initiative with apprehension, saying it was waiting for actions and not words.