Nasrallah: What Al Saud is doing in Yemen will seriously affect future of kingdom 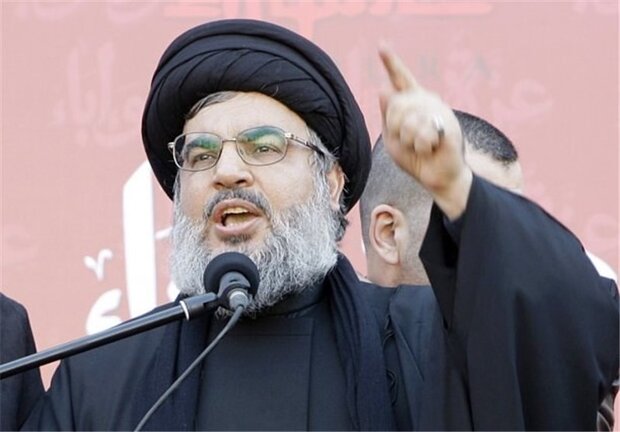 Lebanese Hezbollah leader Hassan Nasrallah attacked on Sunday the Saudi royal family, saying what they were doing in Yemen will seriously affect the future of the kingdom.

"Saudi Crown Prince Mohammed bin Salman’s war on Yemen, the crimes committed by the regime and the Saudi’s interference in other countries will seriously affect the future of the kingdom," Nasrallah said in an interview with Iran's Al Alam TV channel.

"We currently see for the first time that 'Death to Al Saud' slogan is being chanted in several Arab countries, and we see political and popular powers and governments that take explicit stances toward Al Saud and its interference in the region," he said.

Hassan Nasrallah claimed that "The Al Saud regime is old and may be in the final stages of its life because of natural reasons like its cruel measures over the past 100 years and the systematic corruption in the regime, suppression of people, and totalitarianism of its rules," .

He added, the performance of incumbent Saudi rulers - which is in contradiction to that of their predecessors - will expedite the collapse of the Saudi regime.

The Hezbollah chief blamed Saudi Arabia for the tension with Iran, saying it was Riyadh who started the animosity due to the Islamic Republic’s support for Palestinians and the resistance movements in the region.