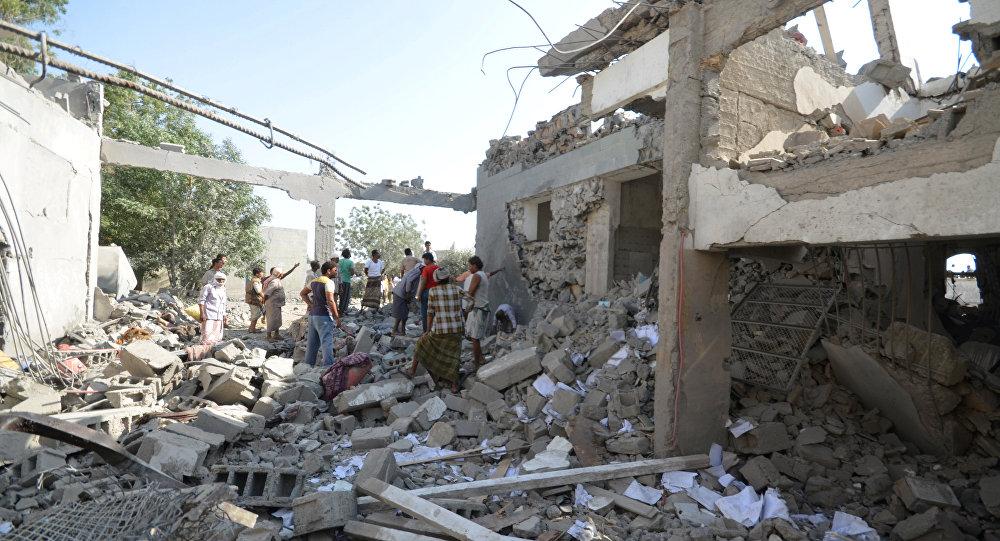 The Houthi group (Ansar Allah) claimed on Tuesday Sixteen people, including women and children, were killed in two air raids by Saudi-led Arab coalition fighter jets in the central province of al-Dhalea.

Houthi's army spokesman Brigadier General Yahya Saree said in a press release that coalition fighter jets targeted the house of Abbas al-Halimi in the district of Qataba in al-Dhalea, killing 16 people were killed, including 7 children, 4 women and 5 men. One of the paramedics was wounded.

There has been no confirmation or denial from Saudi Arabia or its coalition about the Houthi claims.

The Houthi military spokesman said in a statement Monday evening that coalition warplanes launched more than 42 airstrikes in several provinces within 12 hours. Houses and farms were bombed, killing 8 citizens, injurung others in Sufyan districts of Amran and Haradh of Hajjah.

The Houthis announced on 20 September the stop all forms of targeting  on Saudi territory while retaining the "right of reply" in a unilateral move.

Houthi leader Abdulmalik al-Houthi called on the Saudi-UAE coalition to take advantage of his group's initiative to stop its bombing on Saudi territory in return for the stop coalition's bombing in Yemen, while Riyadh met the Houthi initiative with apprehension, saying it was waiting for actions and not words.