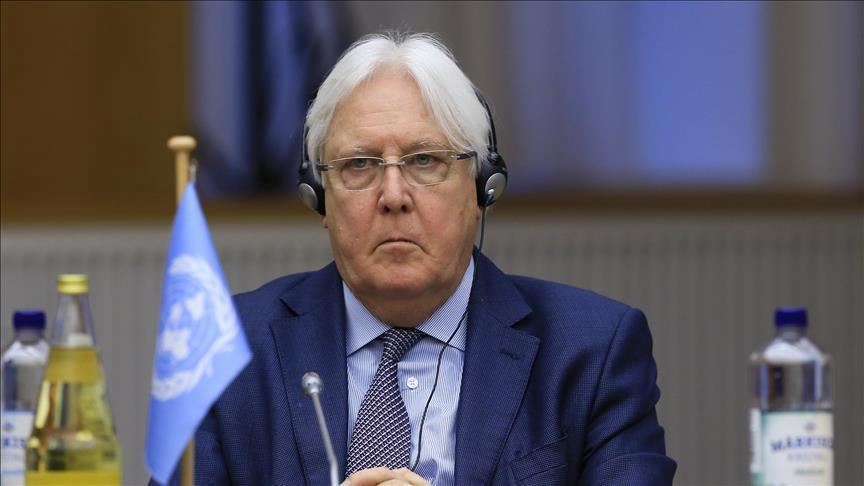 UN Special Envoy for Yemen Martin Griffiths said on Monday that he discussed in Jeddah with Saudi Deputy Defense Minister Khalid bin Salman, the latest developments on the Yemeni arena.

Griffiths tweeted: "We discussed ways to keep Yemen out of regional tensions, make progress in implementing the Stockholm agreement and support Saudi Arabia for the peace process".

This is the first visit of the UN envoy to Yemen to the kingdom following the declaration of the Houthis on 21 September the stop targeting Saudi Arabia in a "peace initiative" aimed at completing a "comprehensive national reconciliation" under "serious and genuine" negotiations between the various parties to the conflict.

The UN envoy to Yemen recently intensified his meetings with Saudi officials as part of the UN efforts to find a political solution to end the war in Yemen, that has caused what the United Nations calls the world's worst humanitarian crisis.