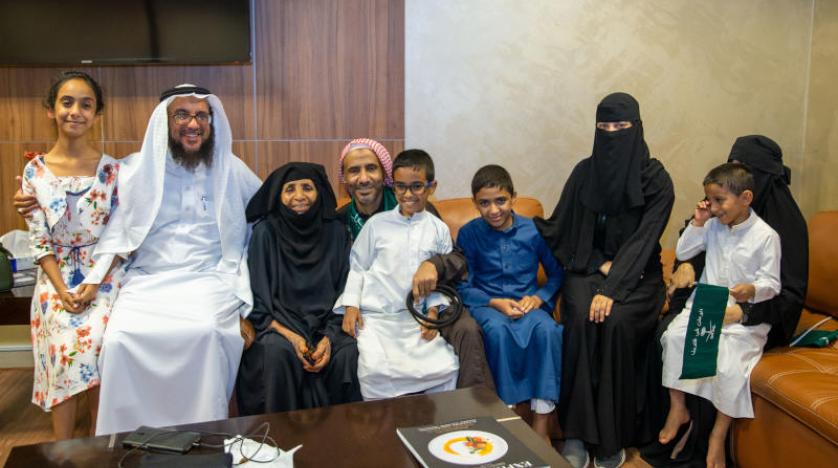 Saudi security have successfully freed a Saudi national from Houthi captivity in Yemen, the Saudi TV said Tuesday, after more than four years of detention.
The retired serviceman Nasser al-Dharawi was abducted at Yemeni-Saudi borders in the very beginning of war with Houthis, local media reported.
Dharawi has arrived in the Red Sea city of Jeddah, where he has been received by his family at King Abdul Aziz airport, they added.
No immediate comment has been given by Houthis on Saudi reports.
Yemen has been racked by a 4.5-year bloody conflict between the internationally-recognized Yemeni government's forces, backed by a Saudi-led coalition, and the Iranian-backed Houthi rebels who ousted the government in 2014.
Since the coalition's intervention in March 2015 to support the official government against Houthi rebels, fighting in Yemen has turned into a proxy war between Saudi Arabia and Iran.
On 2 September, Houthi spokesman accused Saudis of thwarting all UN proposals for the application of prisoner swap deal.
"The Saudi regime has foiled all the UN proposals, as it only cares and calls for its own prisoners," Abdul Salam added at meeting with the Swedish Minister for Foreign Affairs Margot Wallstrom in Muscat.
Yemen 4.5-year war has left tens of thousands killed, hundreds of thousands injured, and 3 million displaced, triggering what the UN calls the world's worst humanitarian crisis, with most of the population in need for a type of humanitarian aid and immediate protection, including 14 million people risking famine and some 1.8 million children suffering malnutrition.