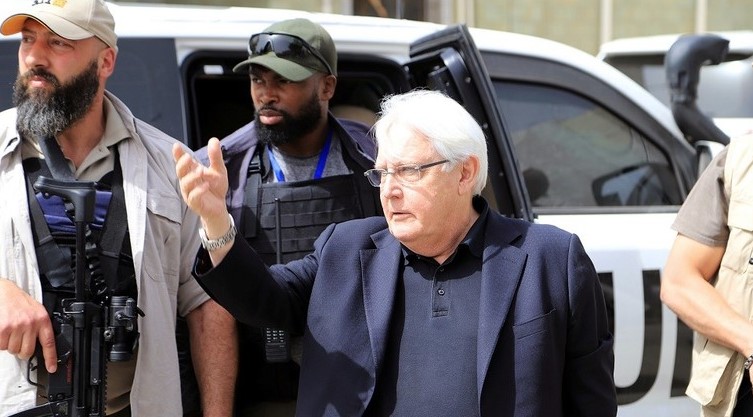 "I regret the provisional confiscation of assets and property of 35 Yemeni MPs in Sana'a, " Griffiths said in a tweet posted on his office on Twitter.

He added that "sends a negative message to the independent functioning of state institutions.”

Houthi-controlled court in Sana'a on 14 August issued a judgment seizing the properties of 35 members of the Yemeni Parliament and 70 officials opposing their policies.

The criminal court's rule stipulated that estate and portable properties owned by the accused inside and outside Yemen be provisionally seized and be managed by judicial guardian, according to the Sana'a-based Saba.

Houthi authorities referred opponent MPs to trial over charges of "abusing the in dependence and integrity of Yemeni Republic's lands, spying for foreign countries – namely Saudi Arabia and allied countries of aggression coalition – and collaborating with those countries in their aggression on Yemen."

The Houthi-run public prosecution accused the MPs following their session in the name of Yemeni Parliament in Seyoun under the Saudi-Emirati occupation, a source at the prosecution said then.

On 13 April, the Yemeni Parliament held its first session in Seyoun,in the eastern governorate of Hadhramout, under legitimacy since war started in March 2015.

Since then, efforts by the Yemeni official government and Parliament have failed to hold parliament sessions in the southern port city of Aden following the Emirati-backed separatist Southern Transitional Council's (STC's) rejection of such gathering in the temporary seat of the legitimate government.

On 28 August, pro-Houthi parliament decided, under pressure by the group, to lift parliamentary immunity of 35 MPs loyal to the internationally-recognized government.

The same court'sprovisional seizure also affected 70 officials accused by the rebels of "spying for the enemy and collaborating with the Saudi coalition aggression."

Yemen has been racked by a 4.5-year bloody conflict between the internationally-recognized Yemeni government's forces, backed by a Saudi-led coalition, and the Iranian-backed Houthi group who ousted the government in 2014, triggering what the UN calls the world's worst humanitarian crisis.