Minister in Hadi's Government: We return to work from Shabwa temporarily 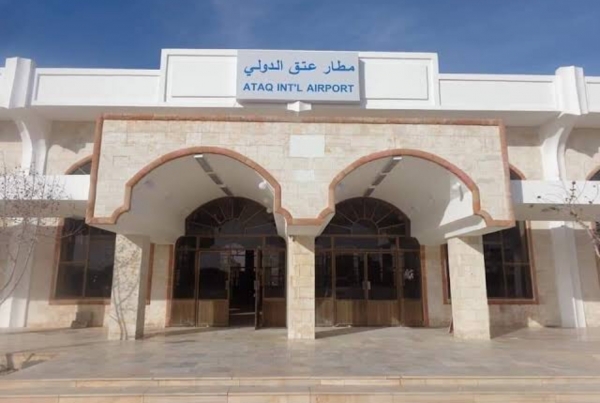 A minister in the Yemen's internationally recognized government said on Thursday,

that this government will return to work from the city of Ataq, Shabwa governorate center and that more than a month after the UAE-backed Southern Transitional Council (STC) took control of Aden province, the interim country capital.

Saleh al-Jubwani, Yemen's Minister of Transport, tweeted: "We are returning home and we will temporarily manage our work from Ataq until the liberation of Aden and then Sana'a."

He added: "We will reopen the airport to be an international terminal. And we will re-energize the port."

Al-Jabwani pointed out that "Shabwa has an opportunity to become the safest and most prosperous province."

He did not talk about the date of the return of the government, which has been living in the Saudi capital of Riyadh since it left the "Ma'asheq Palace" in Aden on last 10 August.

In his speech on Wednesday evening, Yemeni President Abdrabbo Mansour Hadi greetings sons of Shabwa governorate for their pride, prestige and civilized behavior, they reflect the civilization of Yemen and summarize its glory in the ideal dealings with all those who were seduced."

Hadi said: "We have directed the integration of all our elite forces into the national army."

that the airport will not be allowed to restart.

He said: "We warn and reiterate the warning against the use of Ataq airport for terrorist purposes."

Bin Farid added, in a tweet: "No one can convince me that this airport, which was destroyed more than 20 years ago because of unity, will be re-operational today for humanitarian or developmental purposes."

10 August, STC forces seized full control over Aden, seat of the official government,after 4-day fierce clashes with the official army that left 40 people killed and 260 others injured, according to UN release.

But the government forces beat the council's forces and tightened control of Shabwa and Abyan.