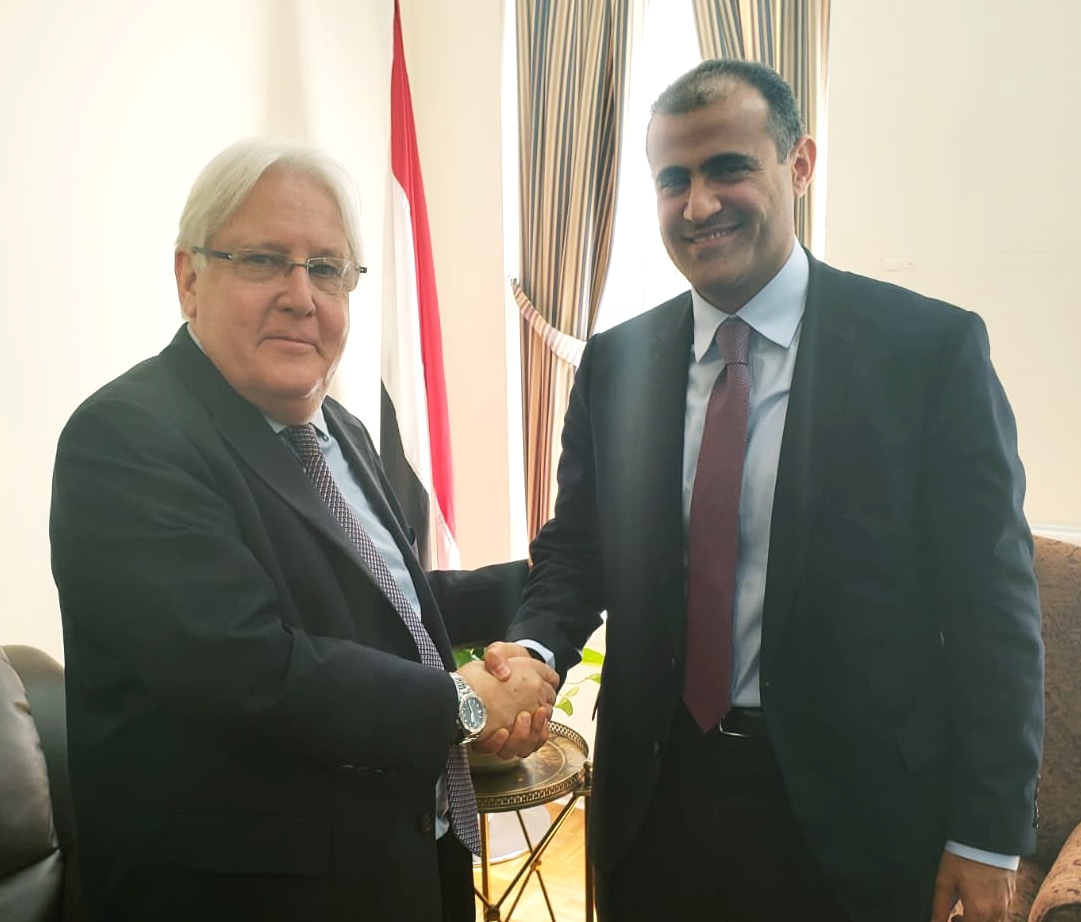 The Yemeni internationally-recognized government on Thursday warned against slackening and letting the Houthi group thwart the Hodeida deal reached by Yemeni rivals.
Parties to the 4.5-year war in Yemen (Saudi-backed government and Iranian-backed Houthis) hold 8-day peace talks on 13 December 2018 and reached an agreement providing for ceasefire in Hodeida and redeployment of both sides' forces, exchanging prisoners and alleviating blockade imposed by Houthis on Taiz.
But none of this has taken place so far, with both sides trading blames for trying to thwart the deal.
The issue of local authority and forces, meant to keep security in Hodeida city and ports, is the entrance to make progress in implementing the deal, Yemeni foreign minister said at Thursday meeting with the UN envoy for Yemen.
Getting into "any political negotiations on inclusive settlement depends on applying the pact reached in Stockholm on Hodeida," FM Mohamed al-Hadhrami told Martin Griffiths, and this "what the international community should press for.
"The government doesn't expect those, who haven't complied to previous deals, to abide by future pacts," he added, according to the Riyadh-based Saba News Agency.
Hadhrami accused the Houthi rebels of "overbidding and persistently trading" on many issues affecting citizens, such as humanitarian food aid and Sana'a airport, but this "should be ended and opposed."
Having held on the sidelines of the UN General Assembly, the meeting discussed the developments in terms of Hodeida deal application, particularly the first stage of troop withdrawal, the local security forces and the government's previous initiative on reopening Sana'a airport for internal flights, Saba reported.
Yemen's 4.5-year war has triggered what the UN calls the world's worst humanitarian crisis, with most of the population in need for a type of humanitarian aid and immediate protection, including 14 million people risking famine and some 1.8 million children suffering malnutrition.