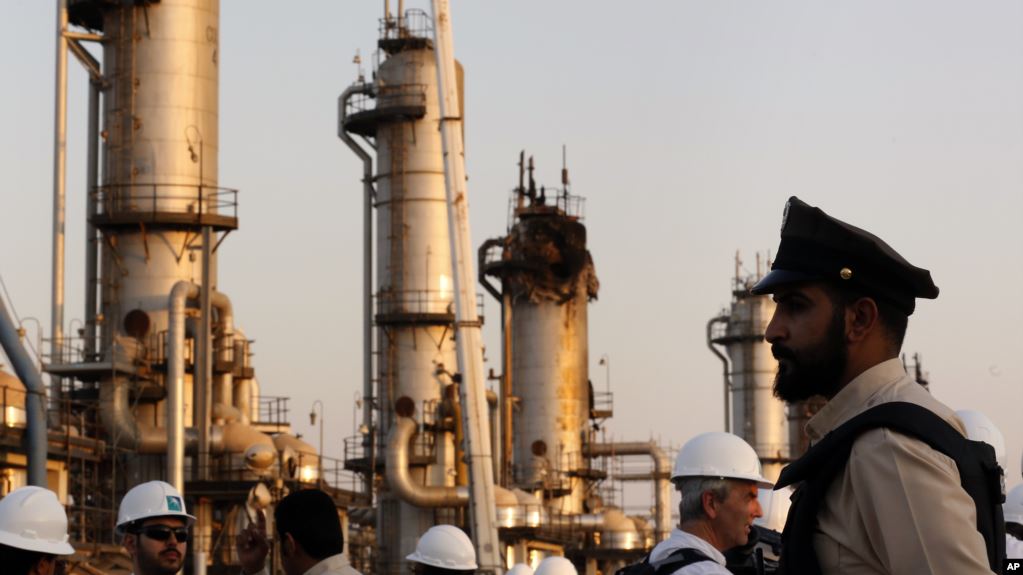 The Houthi announcement to cease strikes on Saudi Arabia is an important first step towards de-escalation which will need to be followed with positive action on the ground by the Houthis and restraint by the Coalition, the UNSC permanent five members plus Germany, Kuwait and Sweden said Thursday as a Group in a communiqué.
The Houthi attacks on Saudi Arabia "pose a serious national security threat to the Kingdom, as well as a wider threat to regional security," the Group added after a meeting on the sidelines of the UN General Assembly.
"The Group emphasizes the need for de-escalation and efforts by all parties to ensure that the conflict in Yemen is not further drawn into growing regional tensions," the communiqué read.
The Houthi rebels claimed responsibility for 14 September attacks on the Saudi Aramco oil facilities, reducing the KSA's production to half.
Riyadh and Washington accused Iran of the attacks, but Tehran denied.
On September 20, the Houthis announced halting all their strikes on Saudi Arabia, if Saudi attacks on Yemen are stopped.
In the first Saudi response to Houthi announcement, the Saudi Minister for Foreign Affairs said on Saturday his country would watch how serious the Houthis are in fulfilling their peace initiative.
On Friday, informed sources told the Wall Street Journal that the Saudi government had agreed to partial ceasefire in four Yemeni areas.
The Group said recent developments in the south of Yemen "give further urgency for the need to start a comprehensive and inclusive political process that will lead to an enduring political settlement to end the conflict in Yemen."
The "Group urges the invited parties to engage in the dialogue led by the Kingdom of Saudi Arabia to preserve Yemen's territorial integrity."
On August 10, the Emirati-backed separatist Southern Transitional Council's (STC's) forces seized full control over the Yemeni southern port city of Aden, following violent clashes with official army that left 40 people killed and 260 others injured, according to UN release.
On 28 and 29 August, UAE airstrikes targeted Yemeni official troops at fringes of Aden and in the neighboring governorate of Abyan to halt their advance towards the restoration of Aden.
The UAE said then their aircraft targeted, with "limited strikes, terrorist militias posing a threat to coalition forces."
Following the Thursday meeting attended by the UN Special Envoy for Yemen, the Group underlined "its full support for .. Martin Griffiths, and calls on the Government of Yemen and the Houthis to engage constructively and continuously with him.
"The Group commends the tireless efforts of the Special Envoy to support the parties to implement the Stockholm Agreement and to achieve a political solution to the conflict in Yemen."
"The Stockholm Agreement remains an important element of the Yemen peace process and should be implemented as envisaged in order to alleviate the humanitarian situation, create confidence between the parties and improve the conditions for political talks.
"To gain momentum, the Group calls on the Yemeni parties to respect the ceasefire in Hodeida and participate constructively in negotiations on implementation of Hodeida Agreement.
"In particular, the Group expresses its full support for UNMHA and calls on the Yemeni parties to engage constructively and continuously with the Mission as well as with UN proposals on security agreements, which will allow for disengagement and the mutual withdrawal of military forces, tripartite monitoring and the establishment of the UNVIM presence."
Yemen has been racked by a 4.5-year bloody conflict between the Yemeni internationally-recognized government's forces, backed by a Saudi-led coalition, and the Iranian-backed Houthi rebels who ousted the government in 2014.