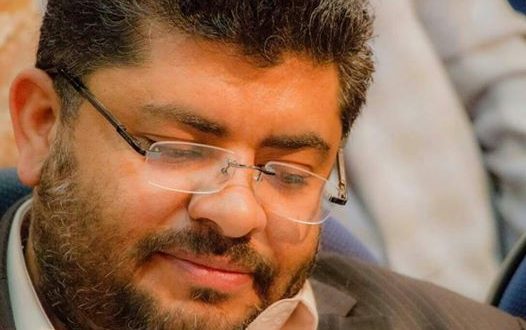 A senior leader of the Houthi group(Ansar Allah) denied the leaks on a partial ceasefire by Saudi Arabia, which leads an Arab-military coalition to support of legitimacy in Yemen.

The Houthi-run Yemeni news agency "Saba", cited the leader Mohammed Ali al-Houthi, who is also a member of the Supreme Political Council set up by the group to manage the areas under its control, as saying:  "The initiative of the President of the Political Council, Mahdi al-Mashat, provides for a complete cessation of aggression and there is no validity of any leaks by the enemy from a partial cessation."

He added: "The leaks in some US newspapers about an agreement with Saudi Arabia to stop the bombing of four areas remain leaks, no official announcement is behind them."

The Wall Street Journal, citing sources it described as informed that the Saudi government has agreed to a partial ceasefire in Yemen, in response to the Houthis' announcement of a halt to their attacks on the kingdom.

The newspaper pointed out that Riyadh has agreed to a limited ceasefire in four areas, including the Yemeni capital Sana`a, which the Houthis have controlled since September 2014.

The newspaper suggested if this works, the Saudis will seek to extend the truce to other parts of Yemen.

Saudi Arabia's decision follows a surprise move by the Houthis to stop targeting Saudi territory, just days after it claimed responsibility for the14  Sept. attacks on Saudi Aramco oil facilities.

Saudi Arabia and the United States have accused Iran of being responsible for the attacks and say the Houthis have neither the weapons nor the skills to carry out such sophisticated attacks.