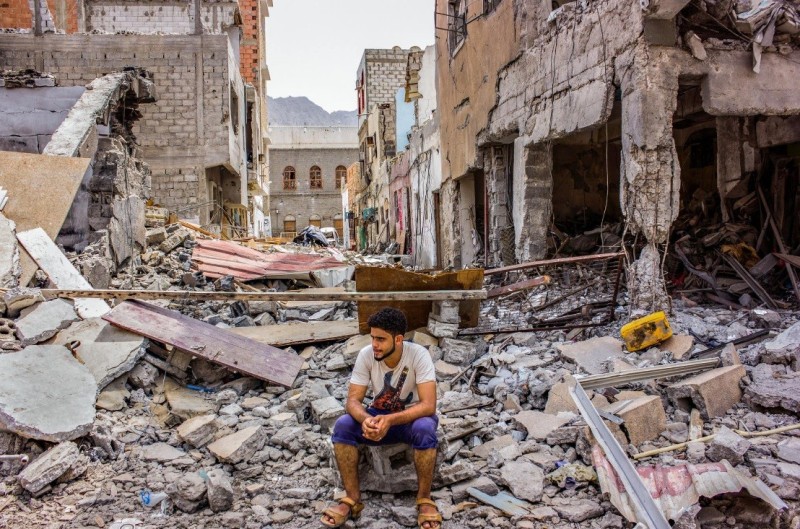 Yemen will become the poorest country in the world if its conflict goes on through 2022, a new report by the United Nations Development Program (UNDP) projects.

Since 2014, war has driven poverty in Yemen from 47 percent of the population to a project 75 percent by the end of 2019, according to the UNDP "Assessing the Impact of War in Yemen on Achieving the Sustainable Development Goals (SDGs)" report read.

"If fighting continues through 2022, Yemen will rank as the poorest country in the world, with 75 percent of the population living under the poverty line and 65 percent classified as extremely poor."

The report, produced for the UNDP by the Pardee Center for International

Future at the University of Denver, says that in the absence of conflict Yemen could have made progress toward achieving the SDGs, the global anti-poverty framework agreed in 2015 with a target date of 2030.

"But more than four years of fighting has set back human development by 21 years – and Yemen would be unlikely to achieve any of the SDGs even if the war were to stop today."

The report finds that Yemen's war will have more than tripled the proportion of the population living in extreme poverty if fighting persists. It will skyrocket from 19 percent of the population in 2014 to a projected 65 percent in 2022.

"The intensity of poverty has also surged, with Yemen projected by 2022 to have the largest poverty gap – the distance between average income and the poverty line – in the world.

"The surge in poverty across Yemen is driven by factors attributed to war, including a breakdown of the economy that has seen US$89 billion in lost economic activity since 2015.

"The conflict has disrupted markets and institutions and destroyed social and economic infrastructure, while inequalities have sharply increased.

"Yemen is now ranked as the world's second most unequal in terms of income, surging past 100 other countries in inequality levels in the last five years."

The report also identifies spikes in malnutrition across Yemen. Twenty-five percent of the population was malnourished in 2014, but the report estimates that this figure is now closer to 36 percent and could reach nearly 50 percent if fighting continues through 2022.

The report contains especially dire projections if the war continues for the next decade. If fighting continues through 2030, 78 percent of Yemenis will live in extreme poverty, 95 percent will be malnourished, and 84 percent of children will be stunted.

"This report is a reminder that Yemen cannot afford to wait," Ambassador Jürgen Schulz, Deputy Permanent Representative of Germany to the UN said.

"We must act now. Without a political solution, we will see Yemen disappear right before our eyes. That's why there is no alternative to the efforts of Special Envoy Martin Griffiths to advance an inclusive political process," he added.

If Yemen remains at war through 2030, the UNDP report argues, "the costs will be borne by generations to come, with poverty seeding even more deeply, institutions decimated, and Yemen more vulnerable to an ongoing and vicious cycle of conflict and suffering.

"The war has already made Yemen the largest humanitarian disaster in the world, and now threatens to make its population the poorest in the world," said UNDP Administrator Achim Steiner as the report was launched at the UN General Assembly.