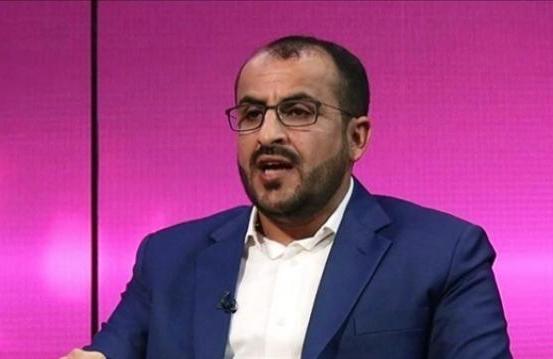 Houthi Group (Ansar Allah) said on Saturday that its peace initiative remains valid, calling Saudi Arabia for credible engagement as the way to engage in a comprehensive political process to end the ongoing conflict in Yemen for the fifth consecutive year.

The offical spokesman for the Houthi group, Mohammed Abdulsalam, stated in a tweet seen by Debriefer news Agency: "We continue to hope that the Saudi regime will realize that the continuation of the aggression and siege on Yemen will not represent any stability between the two neighboring countries or in the region, but rather the opposite."

He added: "We affirm that the initiative of His Excellency President Mahdi al-Mashat (Chairman of the Supreme Political Council of the Houthis) is still valid and dealing with it credibly is the right way to enter into a comprehensive political process."

The Houthis claimed to have captured thousands of "enemy forces" including hundreds of Saudi army commanders, officers, and soldiers.They also killed and wounded hundreds of these forces.

This comes after attacks on the Saudi Aramco oil facilities reduced the KSA's production to half, with the Houthi group in Yemen claiming responsibility.

Saudi Arabia and the United States accused Iran of the attack, but Tehran denied.