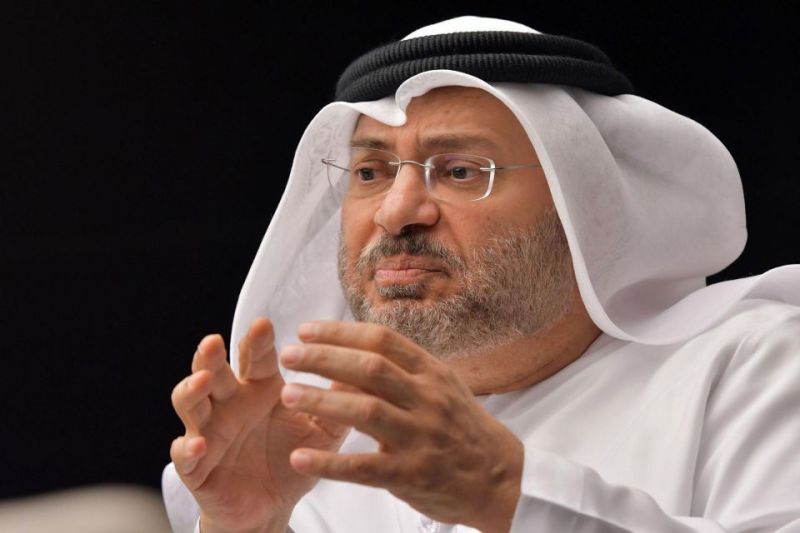 The Yemeni internationally-recognized FM's speech accusing the Emirati warplanes of striking the Yemeni troops is shameful and ungrateful, the Emirati Minister of State for Foreign Affairs said Monday.

"I don't want to comment on the Yemeni foreign minister's shameful attack against the United Arab Emirates," Anwar Gargash said in a tweet traced by Debriefer.

"Priority, in our view, [should be given] to helping the Saudi efforts to unite ranks against the Houthi coup," he added.

On Saturday, the Yemeni foreign minister told the UN General Assembly that the Yemeni "army was directly hit by Emirati aircraft, in violation of the international law" and in "clear deviation from noble objectives of the coalition in support of legitimacy in Yemen."

The troops were hit as countering the mutiny by the separatist Southern Transitional Council (STC) in the port city of Aden.

The UAE-backed STC "led a rebellion against the State and an armed burglary against government offices in interim capital of Aden, possessed by illusions of secession, authority and imposing of choices by force of arms, while targeting the constitutional legitimacy and Yemeni identity," FM Mohamed al-Hadhrami added.

He thanked Saudi Arabia for actions "to end this rebellion, to stop these acts by the United Arab Emirates in liberated areas, correct the course, and gather all efforts towards ending the Houthi-Iranian coup in Yemen."

The Emirati representative to the UN has expressed its country's rejection to "allegations" by Minister Hadhrami.

The UAE "has the right to defend itself and to react to threats aiming the Arab coalition in Yemen," Amira al-Hafiti told the UNGA, as "terrorist groups have increased pace of their attacks against coalition's command and civilians."

What happened was "targeting terrorist militias with limited airstrikes according to engagement rules based on Geneva Conventions and International Human Law."

"The UAE continues to take suitable measures to protect the coalition's troops from threats in south of Yemen and to ensure that terrorist militants, including of ISIS, would not resume their activities in Yemen."

She denied any deviation in the UAE's goals from the coalition's main objectives, namely restoring the Yemeni legitimacy and ending the Houthi coup.

On August 10, the Emirati-backed STC's forces seized full control over the Yemeni southern port city, following violent clashes with official army that left 40 people killed and 260 others injured, according to UN release.