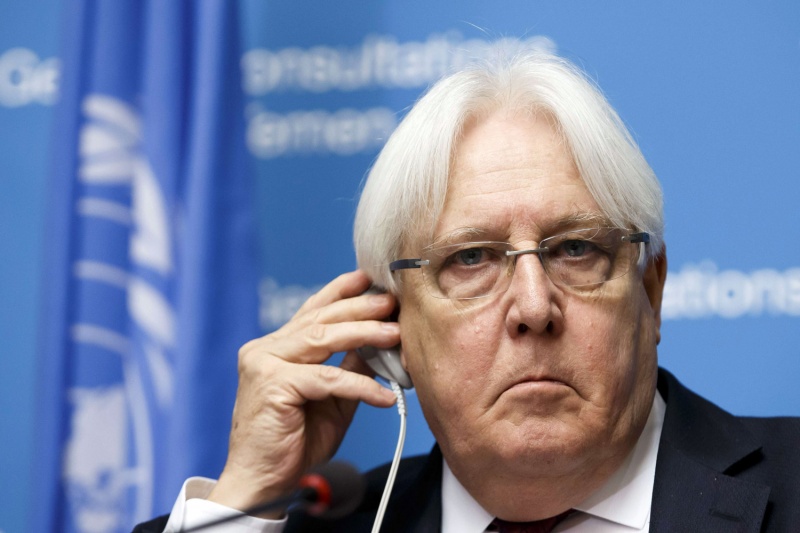 The United Nations special envoy to Yemen, Martin Griffiths welcomed on Monday the release of a group of prisoners of the Yemen's internationally recognized government forces.

In a statement posted on Twitter by the UN envoy's office on Twitter said:"I welcome the release of detainees by Ansar Allah."

Griffiths called on all parties to ensure the safe return of released detainees to their homes.

Earlier on Monday, the Houthi group announced it would release 350 prisoners from the Yemens internationally recognized government forces, including three Saudis, in a unilateral UN-sponsored initiative.

The leader of the Houthi group, Head of the Committee for Prisoners Affairs Abdulqader Al-Mortada told a press conference in Sanaa that his group put forward an initiative to the UN envoy to release 350 prisoners belonging to Saudi-led coalition of the other side, including three Saudis,” .

Griffiths added: "I hope this will lead to initiatives to facilitate the detainees exchange as per the Stockholm Agreement. I welcome previous steps by GoY. and Arab Coalition leading to release Yemeni minor".

“I also welcome the previous steps taken by the Yemeni government and the Arab Coalition that led to the release of Yemeni children and supported their reintegration with their families.”, Griffiths added.

He urged the parties to "meet as soon as possible to resume discussions on future exchanges in accordance with their obligations under the Stockholm Convention."

"He is grateful to the ICRC for its active role in this regard," Griffiths said.

The file of the prisoners of the most important thorny files, included in the "Stockholm" agreement concluded in mid-December last year between the "legitimate" government and the Houthis under the auspices of the United Nations,

The parties agreed to exchange lists of about 15,000 prisoners.

However, the actual implementation of the agreement remains stalled, as is the ceasefire agreement, the redeployment of forces from Hodeida city and its ports, and understandings about Taiz, amid mutual accusations of obstructing the implementation, which was due to be completed in January.