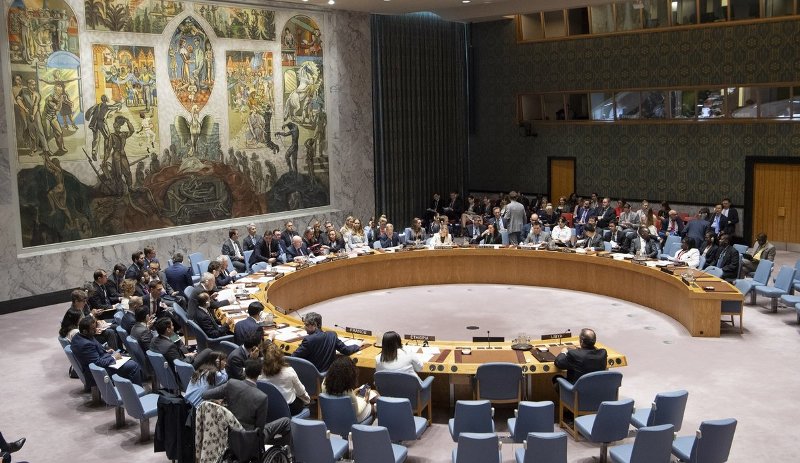 The Iranian and Saudi representatives traded blames at the UN Security Council Monday session for the 4.5-year war in Yemen and supporting terrorism in the region.

The Iranian deputy foreign minister and rep to the UN, Gholam Dahqani said his Saudi counterpart, Abdullah al-Moalimi, "represents a regime that kills children," and the latter accused Iran of "backing the terrorist groups in Syria, Iraq, Berlin and Argentina."

The Saudis "always seek to distract the UNSC's attention away from their crimes against peoples of the region, particularly those crimes they commit against the Yemeni innocent children," Iran diplomat said.

The "Saudis are who fund the largest terrorist groups in the region, but provide those gungs with logistic support in contrast with the Islamic teachings and in blatant violation of international law."

For his part, the Saudi diplomat replied: "I feel sad to hear such lies. I tell the rep of Iran, quit interfering in regional affairs in Syria, in Yemen or in Iraq. Yes, you have no right to interfere in these countries' affairs.

"You feign crying over Yemen's children, shedding crocodile tears, but you spread sectarianism and terrorism in the region's countries. And I call you to refrain from [saying] these absurdities."

Yemen's fighting has turned into a proxy war between Iran and Saudi Arabia that intervened militarily in the country in March 2015 to reinstate the government of President Hadi.