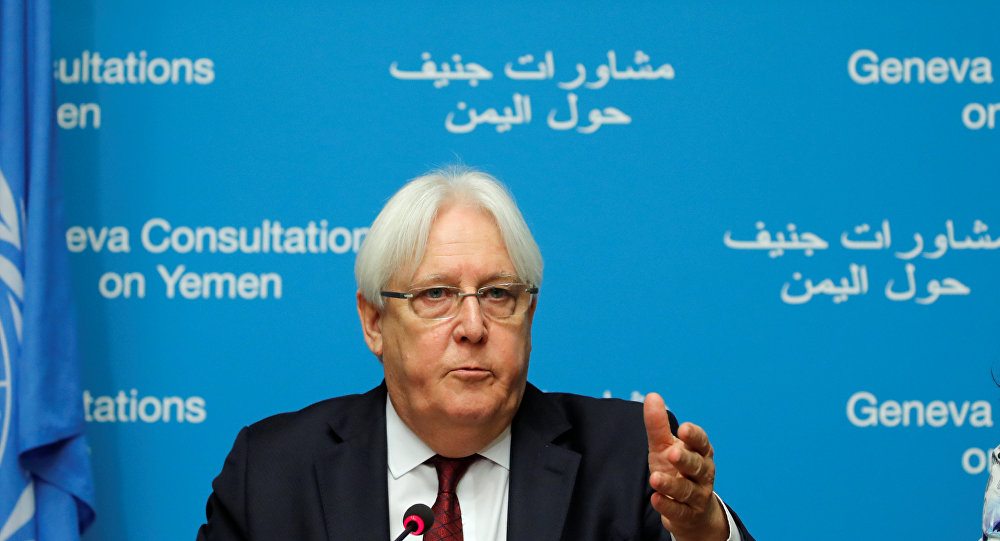 It is scheduled that the UN envoy, with the leader of the Houthi group (Ansar Allah) Abdulmalik al-Houthi, and leaders of the group discussed several files, most notably the truce with Saudi Arabia, according to a source in Griffith's office.

The source, speaking on condition of anonymity because he was not authorized to speak to the media, said Griffiths would discuss ways to advance the implementation of the Stockholm agreement on the coastal province of Hodeida in western Yemen.

A Yemeni political source confirmed that Griffiths will "discuss during his meeting with the leadership of the Houthi group its response to a revised UN proposal on the first phase of redeployment from the city and ports of Hodeida."

In a statement posted on his office on Twitter, the UN envoy again praised the unilateral release of the prisoners by Ansar Allah on Monday.

He hoped that this would urge the parties to renew their commitment to the exchange of prisoners and detainees as agreed in Stockholm.

Earlier on Monday, the Houthi group announced it would release 350 prisoners from the Yemens internationally recognized government forces, including three Saudis, in a unilateral UN-ICRC-sponsored initiative.

Griffiths welcomed the Houthi initiative and urged the parties to "meet as soon as possible to resume discussions on future exchanges in accordance with their obligations under the Stockholm Convention."

However, the actual implementation of the agreement remains stalled, as is the ceasefire agreement, the redeployment of forces from Hodeida city and its ports, and understandings about Taiz, amid mutual accusations of obstructing the implementation, which was due to be completed in January.