Al-Jazeera talks in figures of Saudi exhaustion in Yemeni mire 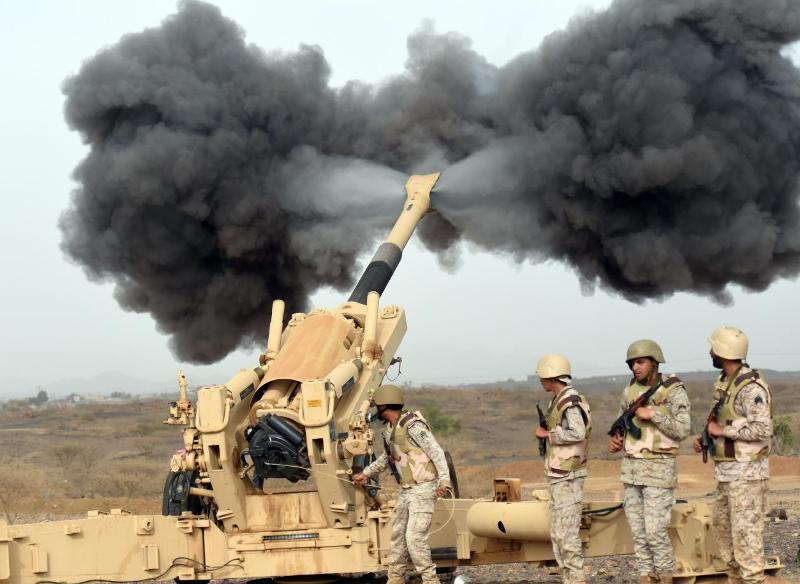 Saudi Arabia is gulping the bitter cup of its 4.5-year war against the Houthi group in Yemen, Al-Jazeera TV reported.

The war, that Saudi Arabia thought to be swift and would take only few months to crush a rebel group, has inflicted the Kingdom military and economic unstated losses, according to Al-Jazeera report.

"After Houthi takeover of Sana'a and other Yemeni northern provinces in September 2014, the KSA announced the Decisive Storm to restore legitimacy, but it has ended at the Yemeni mire, incurring losses in lives and ordnance, not to mention strikes on vital military and oil sites inside Saudi" lands.

"The question is no longer about the number of the Saudi sorties and Houthi military sites targeted, but rather about reverse attacks with ballistic missiles and drones" on Saudi territories.

The Qatari TV echoed Houthi reports on their "Victory from Allah" operation that left "3 brigades seized, thousands of troops captured and more than 170 tanks destroyed."

The group has also destroyed 32 tanks, 30 armored vehicles, two F16 fighters (KSA said one had been shot down the other fallen following technical failure), 3 Apaches and 3 spy planes.

Al-Jazeera referred to KSA announcement that 12 Saudi troops were killed last May in fighting with Houthis, and to Saudi media reports on the death of no less than 1,000 Saudi soldiers from March 2015 to mid-2018.

According to Saudi reports, aircraft involved in the war cost up to US$ 230 million per month (covering operation, ammunition, maintenance), or more than US$ 3 billion in only 3 years.

"If Houthi air defenses are their weakness in the war, the group has been able – by Iran's help as claimed by Saudis – to move the battle into Saudi depths through ballistic missiles and drones," Al-Jazeera report added.

The US-made Patriot, on which Saudi Arabia depends as air defense system to fend off Houthi ballistic missiles, costs $ 3 million per one rocket, and downing a ballistic missile needs three rockets, at least, the report noted.

In December 2016, the Foreign Policy website said Yemen's war had cost the Saudi defense budget US$ 5.3 billion during 2015 alone.

The KSA spends monthly US$ 175 million for bombings in Yemen and additional 500 million for land advances, according to Reuters estimates, with these unexpected expenditures forcing Riyadh to sell $1.2-billion (out of 9.2-billion) possessions of its European shares.

In 2015 alone, the Saudi foreign reserves dropped from US$ 732 to 623 billion within less than 12 months, Al-Jazeera report read.

"Houthi military threats are no longer limited to southern borderers, as Saudi Arabia is now endangered in its heart and vital facilities, oil in particular, as well as its airports.

The Saudi Aramco oil facilities were hit on 14 September, reducing the KSA's production to half, with the Houthi group in Yemen claiming responsibility.

While the "Saudi Crown Prince Mohamed Bin Salman has repeatedly said invading Sana'a and freeing it from Houthis would take only days and just by Saudi forces, facts on the ground say rebel militia has inflicted [huge] losses upon the world's fourth largest country in terms of spending on arms," Al-Jazeera report concluded.