Houthis claim to grant permits to 2320 international staff and 5,000 aid trucks in a month 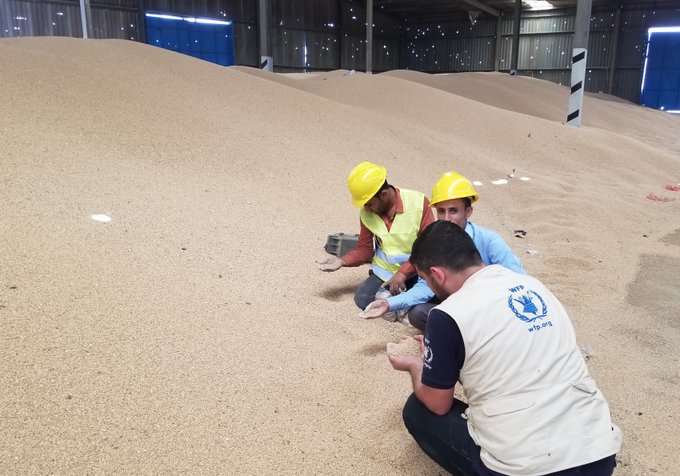 The Interior Ministry in the Houthi Salvation Government, which controls the capital Sanaa, said it had granted permits to exercise duties for 2,200 international staff, including 119 Arab nationals and 522 foreigners.

The Houthi-run Yemeni news agency "Saba", which is run by the Houthi group, quoted the ministry on Wednesday, it  granted traffic permits and transfers between governorates for 5,000 food trucks, 264 medicine trucks, and 287 shelter trucks during the same period.

A number of UN and international humanitarian organizations operating in Yemen complain of harassment and threats by the Houthis, some of whom accuse them of looting relief materials.

On Wednesday, charged the Yemen`s internationally recognized Yemeni government, the Houthi group (Ansar Allah), continues to "obstruct" the work of international organizations operating in Sana'a, by "intimidating" and "pressing" their staff.

The Ministry of Foreign Affairs in the Yemeni "legitimate" government said that the latest obstacles "expelled the representative of the Office of the United Nations High Commissioner for Human Rights and the withdrawal of travel authorization and forced to leave Sanaa.

The Ministry was considered such practices illustrate to the world the role of the Houthis in weakening the work of international organizations operating in Yemen by intimidating and exerting pressure on their staff, in light of the silence and silence of the international community and the United Nations.