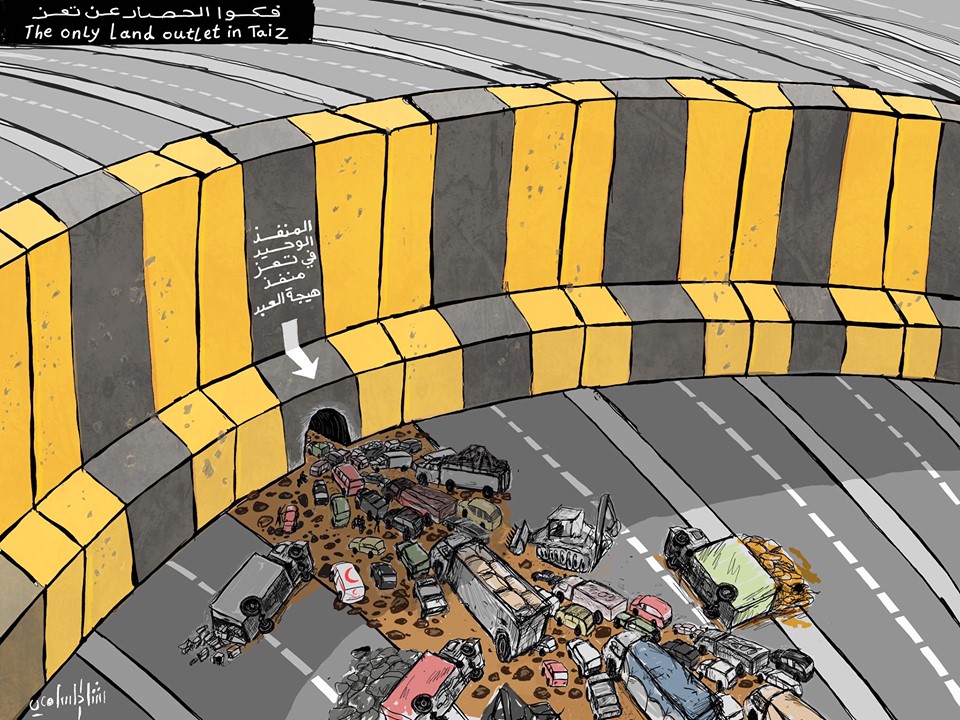 While the siege on Taiz city approaches its fifth year, no promising signs are on the horizon, as the international community and Yemeni legitimate government seem indifferent to sufferings of the largest populated province in war-torn country.

Persistent Houthi blockade on the southwestern city of Taiz is "war crime," according to a UN report.

By their siege, the Houthi rebels have been giving Taiz people a "mass punishment and a multifaceted violation against human rights and against international and human laws," says a report by the UN Human Rights Council Group of Eminent International and Regional Experts.

"Since they were driven out of Taiz in July 2015 by the Yemeni internationally-recognized government forces, the Houthis have been imposing a siege on Taiz in an attempt to weaken the resistance and to recapture the city," added the report that was presented at the UN HR Council's 42nd session last September in Geneva.

The blockade has deeply affected Taiz and its civilians, leading to absence of food stuff and water, scarcity of medicines, lack of healthcare services and deterioration in education and other life aspects, the report said. 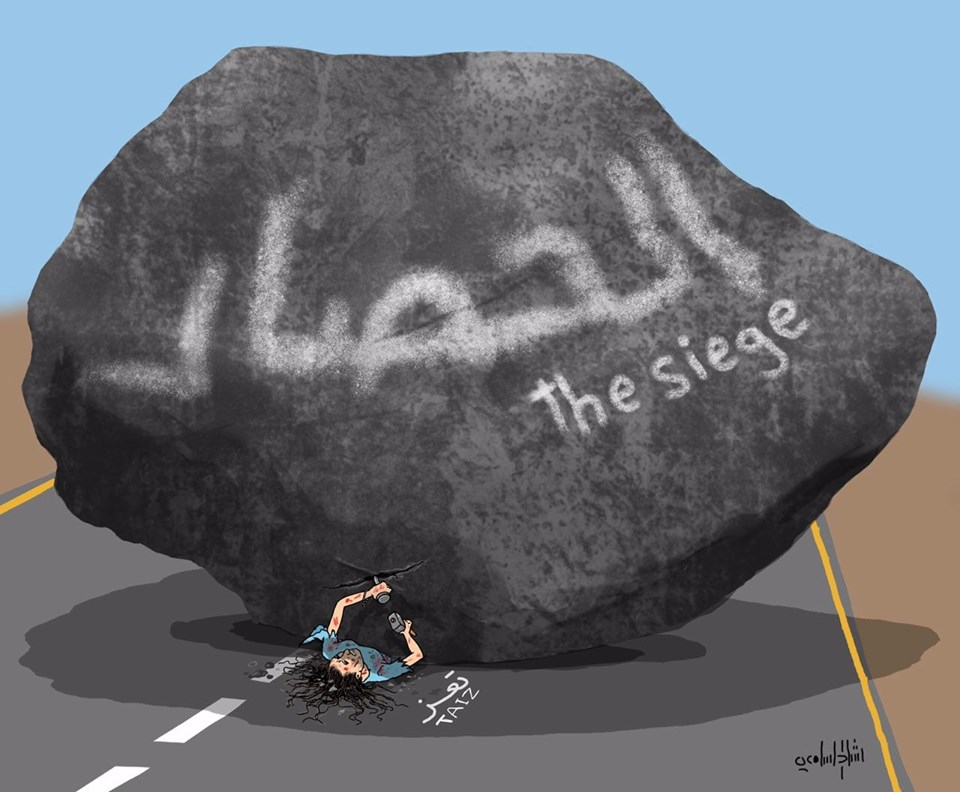 The International Humanitarian Law prohibits the use of starvation as a war instrument or any other forms of mass punishments, the report noted. "The use of starvation as a military instrument is a war crime in non-international conflicts and such crimes can bring perpetrators to individual criminal liability."
The Houthis have been persistently tightening grip on parts of Taiz, the main entrances of the city in particular, with pro-Islah Party's forces controlling the governorate's center and other government-held districts.
After forcing Emirati-backed Salafist sects out of the city late last March, Islah-affiliated armed units took control of the provincial capital of Taiz.
Separately, activists from Taiz city have launched a campaign calling for the siege to be lifted for mere humanitarian reasons.
Caricatures by the Yemeni journalist Rashad al-Samiei have depicted how deep the blockade and resultant harm experienced by Taiz people, and how the international community along with official government has taken no responsible moves to lift the siege.