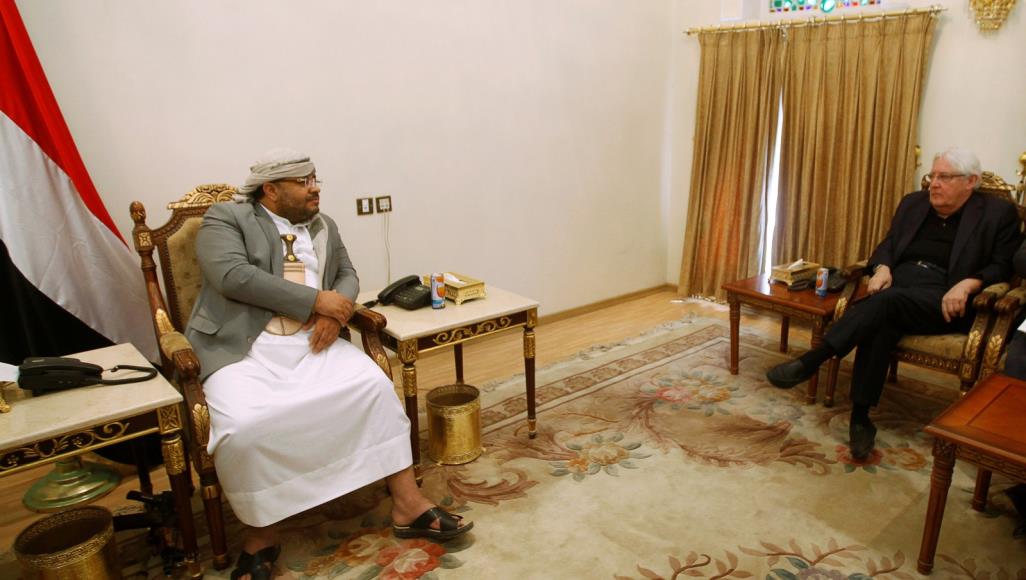 A senior leader of Yemen's Ansar Allah group, Mohammad Ali al-Houthi, has vowed to continue deterrence against the Saudi-led Arab coalition, if it continue ignoring all his peace initiatives to end the bloody war in the impoverished country for the fifth year.

According to Houthi-run Yemeni News Agency (Saba) the Houthi leader Mohammed Ali al-Houthi, who is also a member of the Supreme Political Council set up by the group to manage areas under its control in northern Yemen, stressed that the Yemeni people are serious about peace pointing to many initiatives presented in this framework, the most recent initiative of the President of the Supreme Political Council Mahdi al- Mashat late last month, which was met with ignoring the aggression countries over the past five years .. warning that his group will continue to Its strikes and deterrence of coalition forces if they do not respond to the initiatives of dialogue and peace.

Al-Houthi called during a meeting with UN envoy to Yemen Martin Griffith yesterday in Sanaa to exploit the change in the equation on the ground and to make the issue of Yemen to the forefront of international concerns, given the critical humanitarian situation caused by the aggression and the new data that will make his movement for peace, has a greater susceptibility to the aggression countries .. Keeping up with the initiatives presented makes the countries of aggression misunderstood as if they were the product of a state of weakness."

During the meeting, al-Houthi asked the UN envoy to convey  a message to the aggression countries that the deterrence operations can be stopped only if the aggression stops, affirming that Yemen is currently in a phase of strength.

Al-Houthi condemned the calls of the countries of aggression to calm while continuing their military escalation, and carried out bombings in a number of provinces, and continue to advance on a number of front.

For his part, Griffiths noted that the recent initiative of President of the Supreme Political Council has opened a door towards peace initiatives and assured the world that there is a real opportunity for peace. He cited the initiative to release 300 prisoners unilaterally this week.

Griffiths stressed the possibility of dealing with the humanitarian situation in the coming days in a number of areas, especially the situation in Durayhimi in Hodeida.

He said that he had extensive contacts with the UN Humanitarian Coordinator in Yemen, WFP and the International Committee of the Red Cross on this aspect.