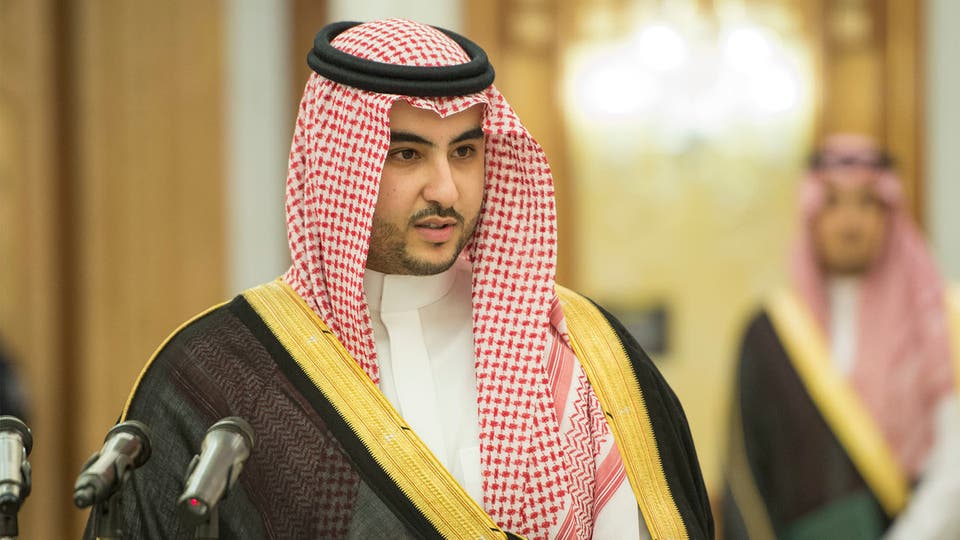 Saudi Arabia "considers de-escalation announced from Yemen positively," the Saudi deputy defense minister said Friday, accusing the Iranian regime of exploiting Yemen and Yemenis for its own interests.
The Kingdom always seeks lull for Yemen and hopes it is actually applied, Prince Khaled Bin Salman (KBS) added on Twitter.
On 20 September, the Houthi group announced halting all their strikes on Saudi Arabia, calling Riyadh to announce likewise, as part of "peace initiative aimed at national inclusive conciliation" under talks between all parties.
Few days ago, the Saudi Crown Prince Mohamed Bin Salman hailed the Houthi-announced ceasefire, from their side, as "a positive step to push for more serious and active political dialogue," but "first, if Iran stops its support of the Houthi militia, the political solution will be much easier."
For his part, Prince KBS said "the Iranian regime's talk about de-escalation in Yemen, while associating that to its quest for way out of crises facing it, is mean exploitation of Yemen and its people, after this regime had ignited and kept kindling the crisis in Yemen."
The Iranian regime "shifts blame onto Yemenis to avoid responsibility for its terrorist acts and to belittle Yemenis by speaking for them."
Iran's foreign minister, Mohamed Javad Zarif, "is trying to defend the Iranian regime by cowardly shifting the responsibility for attacks" on Aramco oil facilities "onto Yemenis, with no consideration for Yemen's security, safety and stability," the Saudi prince added.
The Houthi rebels claimed responsibility for 14 September attacks on the Saudi Aramco oil facilities, reducing the KSA's production to half.
Riyadh and Washington accused Iran of the attacks, but Tehran denied.
KBS urged all Yemenis to unite, "and we're with them, against the Iranian project of sedition and destruction and to prioritize the interest of Yemen .. over any other interest."
Yemen has been racked by an armed conflict that broke out after the Iranian-backed Houthis had ousted the internationally-recognized government late in 2014.
The conflict escalated after a Saudi-led coalition intervened militarily in the country in March 2015 to reinstate the government of President Hadi in the rebel-held Sana'a.
Some of the coalition airstrikes have missed targets, however, leaving hundreds of civilians killed and making UN agencies accuse the coalition of war crimes.
Yemen's war has left tens of thousands killed, hundreds of thousands injured and 3 million displaced, triggering what the UN calls the world's worst humanitarian crisis, with most of the population in need for a type of humanitarian aid and immediate protection, including 14 million people risking famine and some 1.8 million children suffering malnutrition.