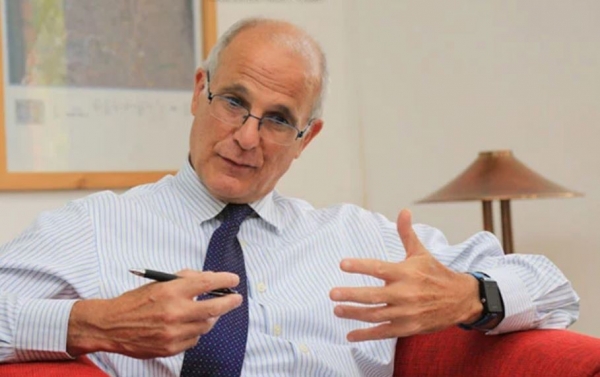 The Yemeni political process has witnessed fragile progress in the few last days, the UK ambassador to Yemen said Friday, highlighting the need for further positive steps by all parties towards peace.
Yemen has been racked by an armed conflict that broke out after the Iranian-backed Houthis had ousted the internationally-recognized government late in 2014.
The conflict escalated after a Saudi-led coalition intervened militarily in the country in March 2015 to reinstate the government of President Hadi in the rebel-held Sana'a.
The worst event, i.e. attack on Aramco, has been followed by progress, Ambassador Michael Aron told the Saudi Asharq Al-awsat.
After the attack, Houthis stated to halt targeting Saudi Arabia, with Saudi reaction on the ground, and the rebels took positive steps by releasing some 300 prisoners, he added.
The UK diplomat express optimism, citing the recent visits by the UN envoy, Martin Griffiths, to Sana'a and Muscat.
Following their cessation offer, Houthis have been relatively anxious, they want to know the Saudi response, Aron said. Therefore, visits and meetings with them in Sana'a and Muscat aim to know their position and encourage them to keep on steps towards peace.
Griffiths' trip to Jeddah one week ago and his meeting with Prince Khaled Bin Salman was also very important.
Although fragile, this progress needs to be sustained, particularly amid the low trust, that the UN envoy backed by the international community including the UK, is currently helping to boost between parties, he added.
Parties understand that the situation on the ground is very bad, people are suffering, and exchanging attacks help no party. So, it's time to go ahead for peace through the UN envoy.
Houthi leaders have received the Saudi Crown Prince's recent remarks positively, the UK envoy said. "We see statements from both sides that help advance peace process" but they "need to be translated on the ground."
As for Jeddah dialogue between the Yemeni government and Southern Transitional Council (STC), Aron said "reality is better than rumors," based on his talks with some parties.
Both parties, as well as Saudis and Emiratis, want to reach a deal, without which the STC has "no legitimacy .. and the government cannot return to Aden."
If they want to be recognized by the international community as actors, the STC needs a pact, the ambassador argued, thus, "we're expecting a deal in the coming weeks.