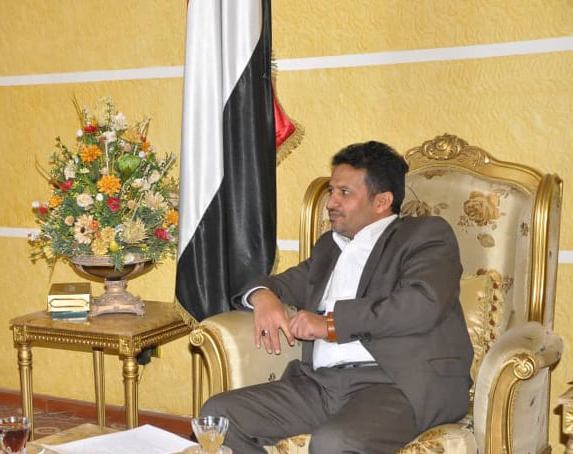 A leader of the Houthi group (Ansar Allah) considered on Friday the statements of Saudi Deputy Defense Minister Prince Khalid bin Salman on his group's initiative to stop targeting the Kingdom's territories as a positive sign that supports peace.

Hussein al-Ezzi, appointed deputy foreign minister in the Houthi government, tweeted:"What Prince Khalid expressed about the Sana'a initiative is a positive sign and an addition to the voice of peace and reason."

"We are happy that we were and will continue to act from the position of the defender and not the aggressor," he said, claiming that his group's fighting "was and will remain for peace."

Earlier on Friday, the Saudi deputy defense minister, in tweeted:"The truce announced from Yemen is viewed positively by the Kingdom, as this is what it always seeks, and hopes that it will be implemented effectively."

In a subsequent tweet, the Houthi leader said, "Only mercenaries who are afraid to stop them or to the quality of ignorance of war and absent in adversity will be disturbed by the messages of peace. "

He continued, "Our heroes do not go through horrors or luxury and hobby, but in defense of the peace of the people and the dignity of a nation, who said peace we told him cold and peace and who kept beating their drums, we found as we are the people of war."

A senior Houthi leader and member of its political bureau, Mohammed al-Bukhiti, said in a television interview on Friday that his group is waiting for actions from Saudi Arabia, not words, in response to statements by the Saudi deputy defense minister.

He added:The Arab coalition warplanes air raids are still going on in Yemen and the situation on the ground has not changed at all, pointing out that what the group declared is an "initiative", not a calm to end the war and siege.

Saudi Crown Prince Mohammed bin Salman said the Houthis' announcement of a ceasefire was a positive step forward in pushing for a more serious and active political dialogue to end the war, but first called on Iran to stop its support for the Houthis to make the political solution easier.

This comes after attacks on the Saudi Aramco oil facilities reduced the KSA's production to half, with the Houthi group in Yemen claiming responsibility.

Saudi Arabia and the United States accused Iran of the attack, but Tehran denied.