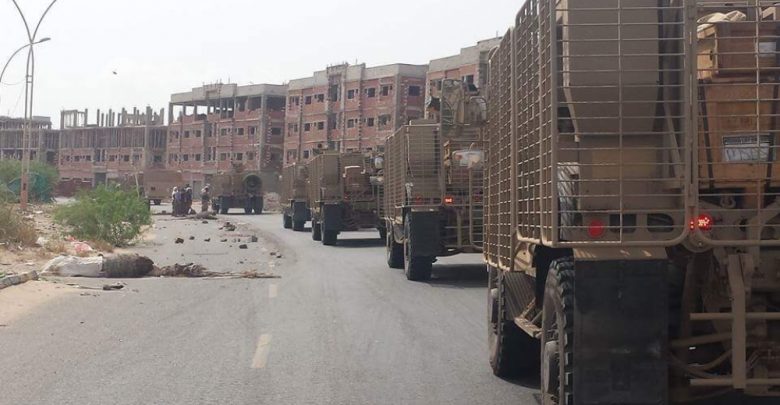 Private military sources in the southern province of Aden said, that the UAE, which is a key member of the Saudi-led Arab coalition to support legitimacy, has reinforced its forces in Aden with hundreds of armored vehicles and vehicles.

The sources confirmed to the "Debriefer" news agency that a UAE warship arrived at the oil port in Aden province on Saturday, loaded with 100 armored vehicles, military vehicles and various ammunition.

A week ago, the UAE sent three warships to the port of Mokha. Dozens of armored vehicles and soldiers have been emptied.

In 2017, the UAE established a new warship port in the Red Sea city of Al-Mokha, administratively under the Taiz governorate in southwest Yemen.

The sources did not reveal the real reason for the UAE military reinforcements, but suggested that the UAE forces are preparing for decisive battles in the governorates of Aden and Taiz against the reform forces within the national army of the internationally recognized legitimate government.

In July, the UAE announced a reduction in its military presence in Yemen and a withdrawal of its troops as part of a "redeployment plan for strategic and tactical reasons."