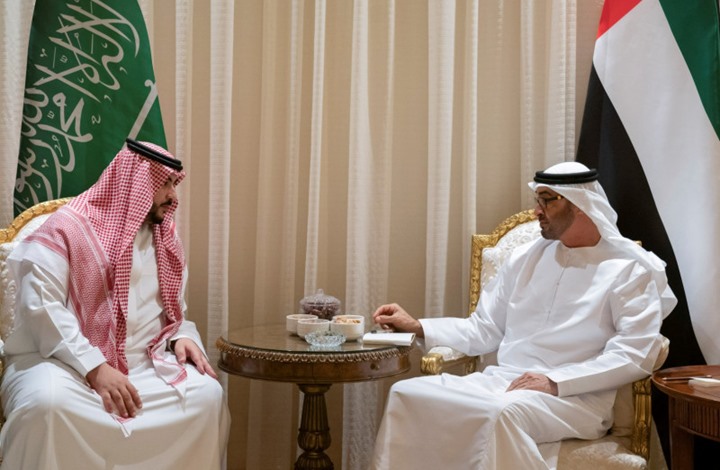 The sources explained that the Deputy Minister of Defense of Saudi Arabia conveyed to the Crown Prince of Abu Dhabi final details of a Saudi peace plan in Aden.

For more than a month, the Saudi city of Jeddah has been hosting indirect talks called by the kingdom between the internationally recognized Yemeni government and the UAE-backed armed separatist Southern Transitional Council (STC) to halt the escalation in southern Yemen and resolve disputes.

On August 10, the UAE-backed southern transitional forces took control of the entire city of Aden, which the Yemeni government takes as the country's "temporary" capital, after four days of fierce clashes with government forces that left hundreds of people dead and wounded.

A Yemeni official source in the Saudi capital, Riyadh, disclosed last Thursday the contents of some of the items of a Saudi initiative presented in the Saudi-sponsored dialogue between the internationally recognized Yemeni government and the Southern Transitional Council (STC), in an effort by the Arab coalition to reach a compromise solution between the two sides.

The Russian news agency "Sputnik" quoted the Yemeni source as saying: "there is an agreement between the transitional Council and the "legitimate" government in some of the points currently discussed in the Jeddah dialogue, while the other points were rejected by the "legitimate" government, referring to some points that have been resolved, such as the integration of military and elite brigades and the name of the prime minister.

For its part, the official Emirates News Agency "WAM" reported that Mohammed bin Zayed and Khalid bin Salman discussed "the regional and international issues and issues of mutual interest, as well as the challenges facing the Gulf region and their repercussions on the security, stability and efforts of their peoples and countries."

On Sunday, UAE Minister of State for Foreign Affairs Anwar Gargash said that his country fully appreciates and supports the great efforts of Saudi Arabia in all its details in the Jeddah negotiations to unite and confront the Houthi coup.

He added in a tweet on Twitter that "it is necessary to see flexibility and wisdom on both sides, more importantly not to return to the previous situation, but to come up with a stronger, coherent and determined front. "