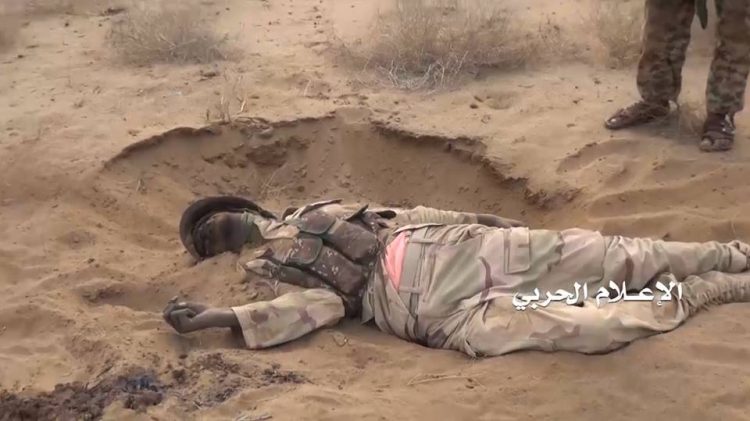 A number of Sudanese troops have been killed and injured in the Yemeni southwestern governorate of Taiz, the Houthi group said Monday.

Rebel forces "fired missiles Sunday overnight at gatherings of Sudanese troops at Wazeia crossroads, leaving some of them killed and wounded," the Houthi-run al-Masyra TV said without mentioning their number.

No immediate comment has been issued by Sudan or the Saudi-led coalition backing the Yemeni legitimacy.

Number of Sudanese troops killed in Yemen is unknown, with their army reluctant to detail volume of casualties and prisoners, and Houthis counting them in hundreds.

For one year and a half, several Sudanese opposition groups have voiced disapproval to Sudan's participation in the conflict in Yemen, following losses there.

Last Thursday, Sudan Freedom and Change Forces' spokesman refuted reports that the Sudanese foreign ministry had circulated a note about a change in their position, from strategic to tactical, in terms of Yemen's war.

It was "an attempt to confuse," Wajdi Saleh added. "Similar issues won't be dealt with in these ways."

Last Tuesday, some media websites quoted Sudanese sources as saying that the foreign ministry had informed all its missions abroad about Khartoum's new stance on its participation in Yemen's war.