Getting US president on the phone is very risky 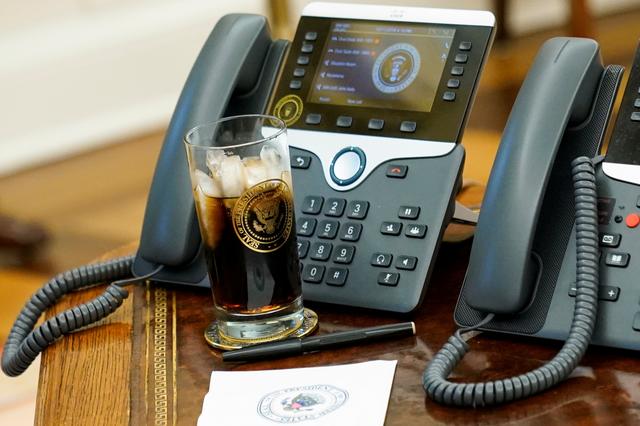 Arranging a phone call with the president of the United States used to be seen as a diplomatic win. But increasingly it comes with serious risks, from transcript leaks to domestic political blowback, and advisers are growing wary.

The fallout from Trump’s July 25th call with Ukrainian President Volodymyr Zelenskiy is still reverberating in Kiev and has led to the opening of an impeachment inquiry in Washington.

US lawmakers leading the inquiry now want access to Trump’s calls with Russian President Vladimir Putin and some other world leaders, with the chairman of the U.S. House Intelligence Committee citing concerns that Trump may have jeopardized national security.

“People have to adjust to the fact that a phone call with Trump is not the same as a phone call with any normal leader,” said Gerard Araud, the French ambassador in Washington until last June, who helped organize a number of calls between President Emmanuel Macron and the White House.

For any world leader who has spoken to Trump, the idea that verbatim transcripts could be released is a worrying prospect and likely to alter how such calls — a lifeblood of international diplomacy — play out in the future.

Yet Araud suggested leaks were perhaps the least of leaders’ concerns, citing Trump’s tendency to veer into unexpected territory, destabilizing his interlocutor.

“If you want to make progress on policy, that’s a real problem. Every head of state and government has had to adjust to this non-dialogue,” he said.

“Everything has been blown out of the water.”

The warning signs were arguably there from the beginning.

A few days after Trump took office in January 2017, he held a call with then Australian Prime Minister Malcolm Turnbull. At one point in the testy exchange Trump told Turnbull “You’re worse than I am”, and complained that a U.S. migration deal with Australia “shows me to be a dope”.

The transcript was leaked to the Washington Post and caused Turnbull, who stood up to Trump during the call, problems at home for his staunch anti-immigration line.

Last week, the US Justice Department confirmed Trump had held calls with leaders other than Zelenskiy to ask them to help Attorney General William Barr with his wide-ranging inquiry into the origins of Robert Mueller’s investigation into Russia’s role in the 2016 presidential election.

The leaders were not named, but Prime Minister Scott Morrison confirmed he had spoken to Trump about it. The British government said Trump spoke to Prime Minister Boris Johnson the day after Trump and Zelenskiy spoke, listing unrelated themes.

A phone call with US president used to be like hitting the jackpot for world leaders but Trump had turned that idea on its head, said Jonathan Eyal, the international director of the Royal United Services Institute.

“Getting the president on the phone is very risky. It is very difficult to avoid these calls, but there will be a greater care among heads of government now in what they say to Trump.”

Calls between leaders involve hours of preparation and briefing beforehand, with advisers drawing up introductory remarks, talking points, responses to challenging issues that might crop up and specific policies where cooperation is sought.

A number of people will be listening in, some taking minutes and producing a transcript that is circulated to relevant government departments so that action can be taken afterwards.

A former prime minister of an EU country said if he were talking to Trump now, he would be extremely wary of straying off topic, even if that meant failing to strike up a good rapport with Trump, who tends to look for common ground — like talking about golf — and uses very familiar language.

“Of course you want to have good relations with the president of the United States, but in the current environment you would want to stick to the script and keep it very dry,” the former leader said, speaking on condition of anonymity to avoid coloring his country’s ties with the United States.

A senior diplomat who often plans and listens on calls between his prime minister and other world leaders said leaks were always a concern, but partisan politics is a new risk.

“These are important set-piece events — you want to get the call right, make your points and progress the relationship,” the official said. “That’s become harder (with Trump). It’s less predictable. Your careful planning can be thrown off course with an unexpected remark.”

He said those talking to Trump needed to be businesslike and “just the facts”, avoiding exchanges like Zelenskiy’s, in which the Ukrainian at times comes across as almost fawning.

Araud underscored that point, saying he had advised Macron to avoid responding to Trump’s provocations.

“My advice to Macron, on Twitter at least, was not to react, because Trump will double down and you will lose.”

Britain’s relations with the United States are still affected by the leak to a British newspaper in July of a cable highly critical of Trump written by Kim Darroch, the former British ambassador to Washington.

“Diplomats can’t really do their job if there is a significant risk of their honest, unfiltered judgments being leaked to the media,” said Peter Westmacott, a former British ambassador to Washington and Paris.

“Diplomats need to know that this has not become the new normal.”