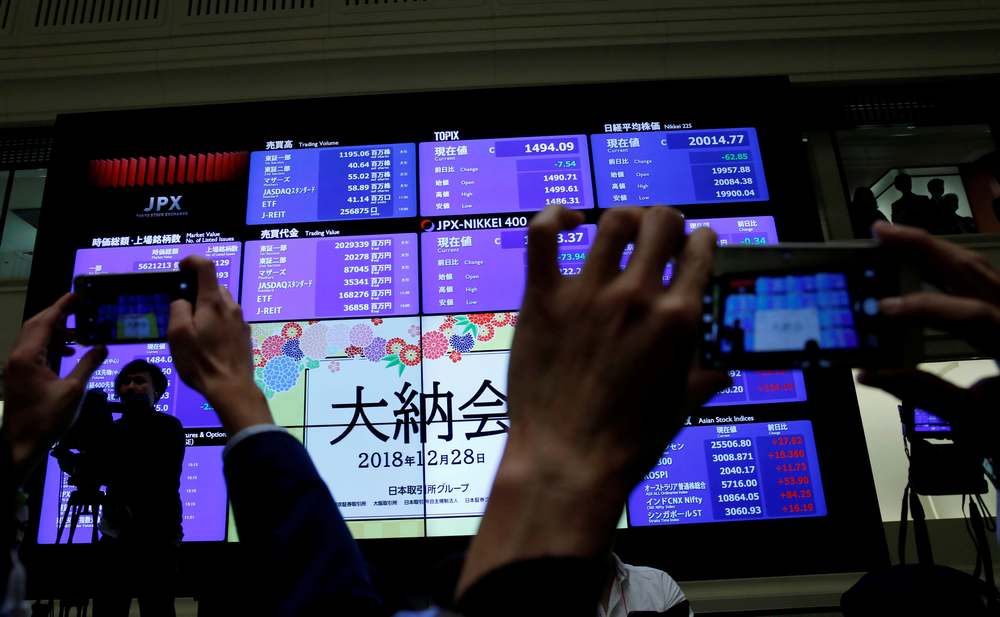 Asian stocks fell the most in a week on Wednesday as the United States and China’s ever-expanding dispute over trade and foreign policy showed little sign of coming to an end, weighing on global economic growth.

Oil prices fell in Asia as US visa restrictions on Chinese officials and the addition of more Chinese companies to a U.S. trade blacklist weighed on already slim hopes that Washington and Beijing could reach a truce at trade negotiations this week.

The United States and China are engaged in a year-long row that has slowly expanded beyond trade policy, suggesting even more damage to an already fragile global economy.

“The dispute between the United States and China shows now sign of ending. We’re losing confidence in the U.S. economy. There’s more uncertainty about where the Fed is really headed.”

US stock futures ESc1 edged 0.06٪ higher in Asia, but sentiment was weak after the S&P 500 ended 1.56% lower on Tuesday in response to the US visa restrictions.

The US State Department announced the move just a day after the US Commerce Department cited the mistreatment of Uighur Muslims in China in its decision to add 20 Chinese public security bureaus and eight companies to a trade blacklist.

The US moves cast a pall over US-China trade talks in Washington, where deputy negotiators met for a second day to prepare for the first minister-level meetings in more than two months on Thursday and Friday.

Washington is also moving ahead with discussions about restrictions on capital flows into China, Bloomberg reported.

Tit-for-tat tariffs imposed by the United States and China have roiled financial markets and slowed capital investment and trade flows.

US President Donald Trump has said tariffs on Chinese imports will rise on Oct. 15 if no progress is made in the negotiations.

Sterling GBP=D3 traded near a one-month low of $1.2196 due to reports that Brexit talks between Britain and the European Union were close to breaking down.

The two-year US Treasury yield US2YT=RR fell to 1.4174%. The spread between two-year and 10-year Treasuries, the most common definition of the yield curve, widened to 11.3 basis points.

The Fed’s Powell, in a speech on Tuesday, flagged openness to further rate cuts and said the time to allow the Fed’s asset holdings to begin to expand again “is now upon us.”

Powell said balance sheet expansion should not be read as an effort to stimulate the economy, but weak data on the U.S. manufacturing and services sector last week rattled investors’ confidence that the U.S. economy remained robust.

US crude CLc1 fell 0.42% to $52.41. Slower growth in the United States and China, the world’s two-largest economies, suggests less demand for energy in the future.

A larger-than-expected increase in US crude inventories also fanned fears that the global oil market will continue to struggle with excess supply.