Sources, witnesses to "Debriefer": UAE withdraw some of its troops and military equipment from Aden 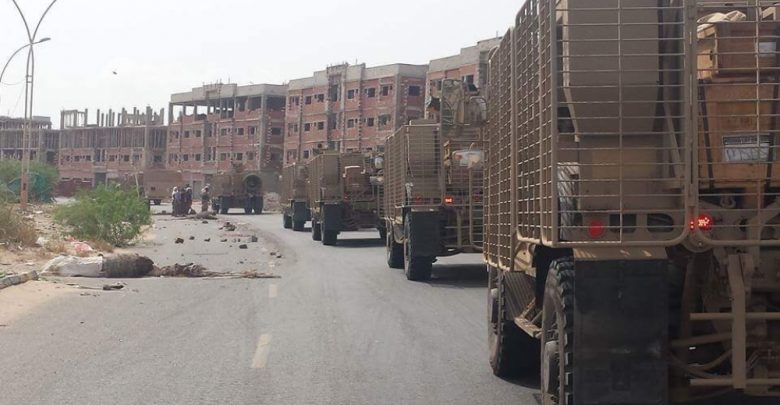 Local sources and eyewitnesses said that the United Arab Emirates, the main partner of a Saudi-led Arab coalition in Yemen, on Tuesday withdrew a large number of its troops, equipment and military equipment from the southern city of Aden.

The sources confirmed to the international news agency "Debriefer", on Tuesday evening, a large convoy of armored military vehicles and three large buses carrying about 200 Emirati soldiers and officers headed towards the oil port of the Aden refinery in preparation for departing on a large ship that was at the port.

Witnesses, they were employees of the Aden refinery, said "they usually see coalition forces leaving the port, but for the first time they are seeing this large size of troops leaving.They also saw buses carrying spare parts for military equipment and a large amount of new tires for military vehicles and armored vehicles within the departing forces of Aden.

They said the UAE forces, who had already left Aden at sunset on Tuesday, were stationed at the Colition's headquarters in Borayqa district, west of Aden.

One witness said an entire main road was blocked for the passage of the convoy of the UAE forces, causing confusion in the traffic of cars and vehicles.

The oil port has only one berth as it is dedicated to receiving ships and fuel tankers and allocated an area in the port called "Dekka" for the coalition forces only to be used in receiving coalition ships loaded with military equipment, fuel, humanitarian and relief assistance and the coalition is the development and rehabilitation of this area.

Observers believe that the departure of the UAE forces comes within the framework of the understandings and outputs of the Saudi-sponsored indirect dialogue between the internationally recognized Yemeni government and the UAE-backed separatist Southern Transitional Council.

Earlier, two Yemeni government officials said Saudi Arabia had submitted a proposal to include the transitional council in Hadi's government, with Saudi troops deployed in Aden to oversee the formation of a neutral security force in the city.

According to Yemeni sources, Saudi forces will be replaced by UAE forces.