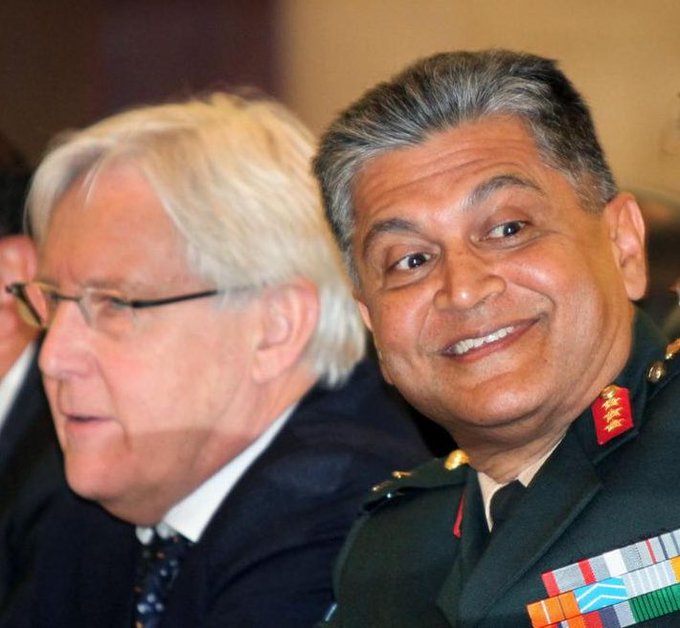 A shipping source at Sana`a International Airport told "Debriefer" news agency that General Guha and his delegation arrived at the airport before noon.

General Guha started his mission from Riyadh on Sunday. He met with the team of the Yemen`s internationally recognized government in the Redeployment Coordination Committee, and the Undersecretary of State for Political Affairs in that government, Mansour Bagash. He also met with Saudi Minister of State for Foreign Affairs Adel Al-Jubeir.

The newly-appointed Indian General Abhijit Guha will later set the date for his RCC first meeting.

But none of this has taken  so far, with both sides trading blames for trying to thwart the deal.