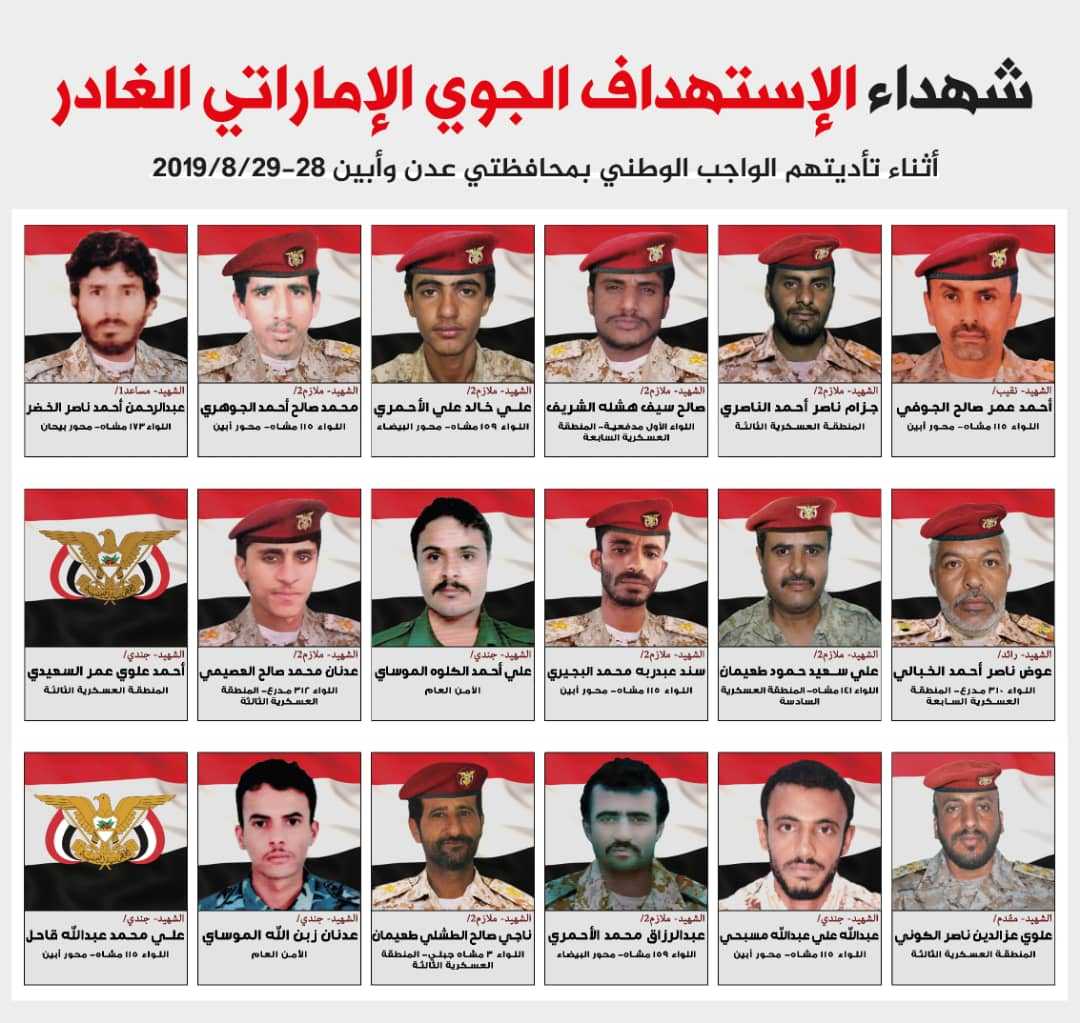 The Yemeni internationally-recognized government has unveiled victims and losses of Emirati airstrikes on Yemeni army in Aden and Abyan last August.

On its 26-September.net website, the official defense ministry publicized on Thursday the names and photos of troops killed in the "Emirati airstrike crime."

This comes 40 days after Yemeni troops were hit by UAE aircraft as countering the mutiny by the separatist Emirati-backed Southern Transitional Council (STC) in the port city of Aden.

On August 10, the Emirati-backed STC's forces seized full control over the Yemeni southern port city, following violent clashes with official army that left 40 people killed and 260 others injured, according to UN release.

On 28 August, UAE airstrikes targeted Yemeni official army at fringes of Aden and in the neighboring governorate of Abyan to halt their advance towards the restoration of Aden.

According to the Yemeni defense ministry, the raid left 300 troops killed or injured, including 13 bodies charred or missing and 19 killed at hospitals after taken as wounded for treatment.

The official government has held the UAE fully responsible for the strike.

Last week, the Yemeni government told the United Nations that the UAE attacks were "blatant aggression on the Yemeni army and deviation from the goals of the coalition's intervention."