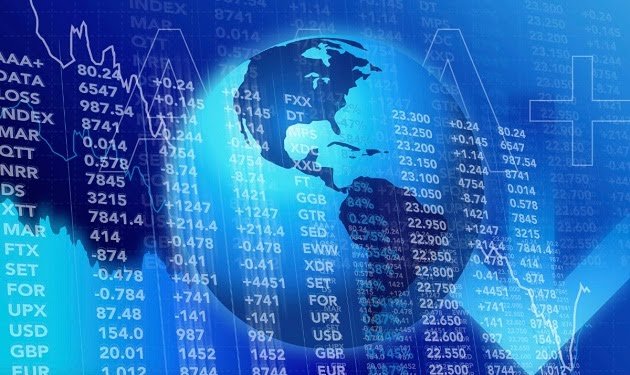 World shares on Friday have risen in optimism over signs of a detente in the US-China trade war and hopes that Britain was moving closer to a smooth exit from the European Union.

The MSCI world equity index .MIWD00000PUS, which tracks shares in 47 countries, gained 0.5% to head towards its first weekly rise in four weeks. European shares led the charge, with the broad Euro STOXX 600 jumping 1.1% and heading towards its strongest day since late August.

Frankfurt's main index .GDAXI, seen as sensitive to the trade war because of its export-oriented stocks, jumped 1.7% and was on course for its biggest daily gain since June.

A rally in Asian shares had earlier set the positive tone, with an index of Asia-Pacific shares outside Japan .MIAPJ0000PUS climbing 1.4%. And the positive mood was set to spread to Wall Street, too, where futures gauges EScv1NQcv1 added about 1%.

The improvement in hunger for riskier bets came after US President Donald Trump on Thursday called the first day of trade talks with China in over two months “very, very good.”.

The talks between US and Chinese negotiators fed hopes that the two sides could dial down the 15-month trade war that has upset financial markets and supply chains across the world, and delay a US tariff hike scheduled for next week.

Trump reiterated plans to meet China’s Vice Premier Liu He on Friday at the White House.

Expectations of progress on Thursday had pushed up U.S. markets, with Wall Street .DJI.SPX gaining around 0.6%.

Yet investors said markets were hoping for, at best, a deal limited in scope, and they noted that sunny rhetoric had in the past failed to translate into more meaningful moves.

“I would caution that we have been here before, where we have seen positive talk,” said Mike Bell, global market strategist at J.P. Morgan Asset Management.

“It’s possible they will be able to do a smaller deal around tariffs, where there is some room for movement.”

Hopes of progress in the trade war buoyed riskier currencies and pinned down the dollar. The Chinese yuan CNY= traded at 7.0932 per dollar, its strongest since Sept. 23.

Against a basket of currencies the greenback was a touch softer at 98.655 .DXY.

Signs of progress in Brexit, the other long-running geopolitical saga stressing out the markets, also emboldened investors.

After meeting British Prime Minister Boris Johnson for talks, Irish Prime Minister Leo Varadkar said on Thursday that a deal to let Britain leave the European Union in an orderly fashion could be sealed by the end of the month.

Varadkar called the talks “constructive,” while the two leaders said in a joint statement that they could “see a pathway to a possible deal”. Sterling jumped 2%.

But it remained unclear what the pair agreed on, and skittishness over what comes next for Brexit reigned among currency traders on Friday.

The British pound GBP=D3 pinballed, slumping nearly a cent in a matter of minutes after top EU official Donald Tusk said "time is practically up" for Britain to reach a Brexit deal, before recovering much of its lost ground as Tusk's remarks continued.

Still, with Britain due to leave the world’s biggest trading bloc on Oct. 31, market players reiterated that the fate of Brexit is still in the balance

“We are moving to a glimmer of hope, rather than strong expectation that things will get done,” Tim Drayson, head of economics at Legal & General Investment Management.

Yet Drayson said that any deal struck between Dublin and London would then face the hurdle of the British parliament, even after securing agreement from the European Union.

“I think the odds are that we don’t reach an agreement, but I’m not expecting a crash out on October 31.”

“We still think that markets are probably underpricing the likelihood of a hard Brexit scenario,” said Salman Baig, a cross-asset investment manager at Unigestion.

In commodities, oil prices rose after Iranian news agencies said a state-owned oil tanker had been hit by missiles in the Red Sea near Saudi Arabia, raising the prospect of supply disruptions from a crucial producing region.