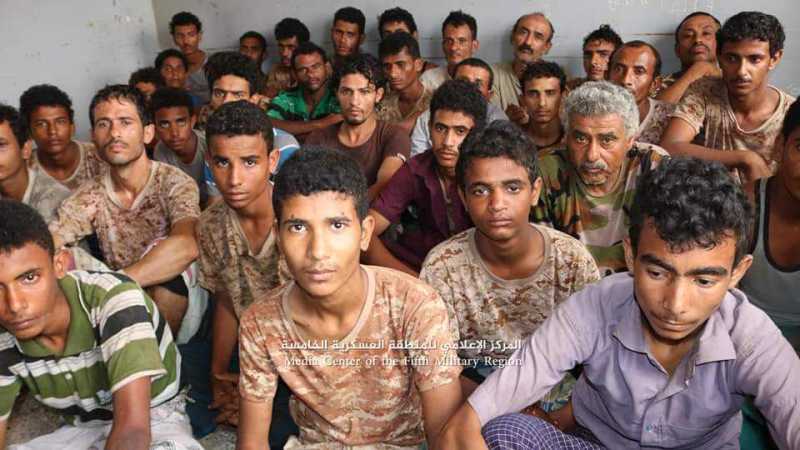 The Houthi group (Ansar Allah) on Thursday offered the Yemen`s internationally recognized prisoner swap 2,000 prisoners after the group unilaterally released hundreds of prisoners at the end of September.

The leader of the group, Chairman of the Committee for Prisoners Affairs Abdulqader al-Murtada tweeted:" We offered to the Yemeni mercenaries of aggression through local mediation an exchange deal for two thousand prisoners of war from both sides as a first stage."

"We confirmed to the local mediation that we are ready to implement within a week if they are ready, and we are now waiting for the response of the other party.", he added.

There is no response from the "legitimate" Yemeni government so far, but it was rejected last February during talks in Amman over the prisoners' file, a proposal for the Houthis to release 2,000 prisoners in exchange for the same number of prisoners with the government.

The government of Yemeni President Abed Rabbo Mansour Hadi then adhered to the full implementation of the Stockholm Agreement on Prisoners, including "all for all".

On 30 September, the Houthis released hundreds of prisoners in a move welcomed by the United Nations, which is trying to revive the stalled peace process.

The head of the Houthi Prisoners' Affairs Committee, Abdul Qader al-Murtada, expressed dissatisfaction over the Yemeni government's failure to take a "legitimate" step similar to his group's unilateral initiative to release 350 prisoners, including three Saudis.

On Tuesday, the head of the Houthi Prisoners 'Affairs Committee, Abdulqader al-Murtada, criticized the performance of the UN envoy to Yemen, Martin Griffiths, on the prisoners' file, describing it as "weak."

Al-Mortada tweeted: "The weak performance of the UN envoy and his team in the prisoners' file was and remains one of the main reasons for the intransigence of the forces of aggression and their mercenaries in implementing the agreement", referring to the Saudi-led Arab coalition to support of legitimacy in Yemen and the internationally recognized government.

Al-Murtada expressed his dissatisfaction with the failure of the Yemeni  "legitimate" government to take a step similar to the initiative of his unilateral group announced on 30 September  last year to release 350 prisoners, including 3 Saudis.