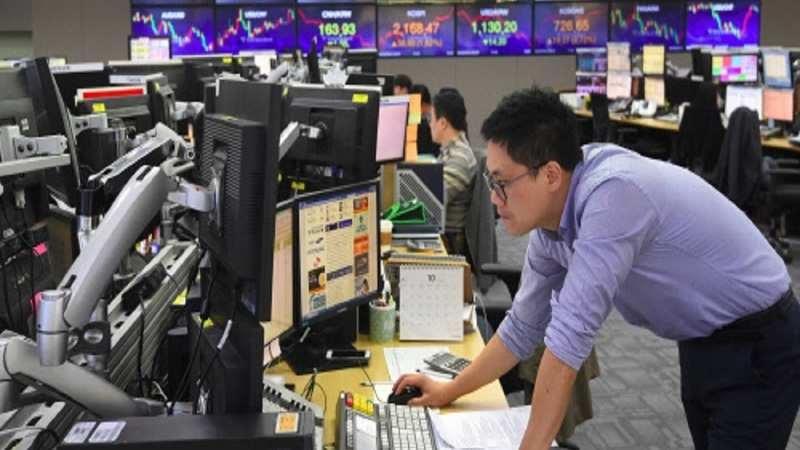 Asian share markets firmed on Monday as signs of progress in the Sino-US trade standoff whetted risk appetites, though investors remained wary of the damage already done to the global economy.

Figures from China underlined the pain felt as dollar-denominated exports and imports both fell by more than expected in September.

Liquidity was also lacking with Japan off and a partial market holiday in the United States for Columbus Day. MSCI’s broadest index of Asia-Pacific shares outside Japan rose 1.1% in light trade.

Nikkei futures were trading at 22,080 NKc1 compared with a Friday close of 21,798 in the Nikkei cash index. E-Mini futures for the S&P 500 ESc1 nudged up 0.2% after jumping on Friday, while EUROSTOXX futures STXEc1 were little changed.

Sentiment had been boosted when U.S. President Donald Trump outlined the first phase of a deal to end a trade war with China and suspended a threatened tariff hike, though officials on both sides said much more work needed to be done.

The emerging deal, covering agriculture, currency and some aspects of intellectual property protections, would represent the biggest step by the two countries in 15 months.

“We have seen a truce established, and then broken, before,” said Tai Hui, chief market strategist for Asia at JPMorgan Asset Management.

“The threat to global growth is weak corporate capex, and potentially spilling over into the consumer sector,” Hui added. “CEOs are not going to restart investing again merely because of the latest round of agreement between the two sides.”

The drag from the trade war was a major reason Singapore’s central bank eased monetary policy on Monday for the first time in three years as data showed the city-state’s economy had only narrowly dodged recession.

The yield curve also steepened as short-term rates were held down by news the Fed would start buying about $60 billion per month in Treasury bills to ensure “ample reserves” in the banking system.

The rally in risk assets had seen the yen ease across the board, leaving the dollar holding at 108.32 JPY= on Monday after hitting a 10-week top around 108.61 on Friday.

The dollar fared less well elsewhere, partly due to a jump in sterling, and was last at 98.435 against a basket of currencies .DXY after losing 0.5% last week.

The pound was trading cautiously at $1.2614 GBP= having surged to a 15-week high around $1.2705 on Friday on optimism Britain could reach a deal on Brexit with the European Union.

However, officials from Downing Street and the EU said on Sunday a lot more work would be needed to secure an agreement on Britain’s departure from the bloc.

The two sides will hold more talks on Monday ahead of a summit of EU leaders in Brussels on Thursday and Friday.

Oil prices pared gains made on Friday when reports surfaced that an Iranian state-owned oil tanker had been attacked in the Red Sea.

Investors were also anxiously watching Turkey’s incursion into Syria as the White House threatened to impose heavy sanctions on Ankara.