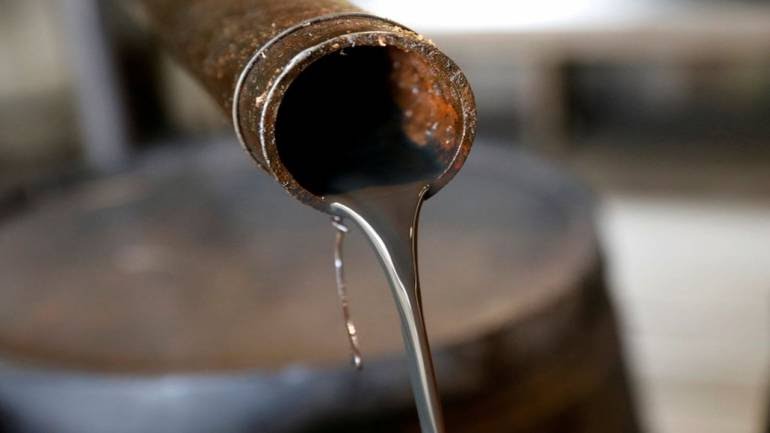 Oil prices lost about 2% on Monday on worries that global crude demand could stay under pressure as few details about the first phase of a US-China trade deal did little to assure a quick resolution to the tariff fight.

Oil prices also felt pressure as the US dollar .DXY, which has an inverse relationship with crude prices, gained as waning trade deal hopes and ongoing concerns over Britain’s exit from the European Union attracted safe-haven investments.

“The complex is in (the) process of relinquishing a major portion of the late week trade inspired gains as conflicting indications out of the US and China regarding trade progress is reducing risk appetite,” said Jim Ritterbusch of Ritterbusch and Associates.

Late on Friday, Washington and Beijing outlined the first stage of a trade deal and suspended this week’s scheduled US tariff hikes. Brent and WTI rose more than 3% last week, their first weekly increase since the week starting Sept. 20, on signs of progress toward a trade deal that would boost crude demand.

But optimism that the trade negotiations would prove successful faded, as China indicated further discussions were needed and U.S. Treasury Secretary Steven Mnuchin said the next round of tariffs on Chinese imports are still set to take effect on Dec. 15 if a deal has not been reached by then.

But existing tariffs remain in place and officials on both sides said much more work was needed before an accord could be agreed.

A good portion of the gains last week came after the United States announced on Friday it was deploying more troops to Saudi Arabia, and after an Iranian oil tanker was attacked in the Red Sea.

Oil prices had drawn some support from worries that further escalation along the Syrian and Turkish border could affect output or exports from Iraq. Syrian troops entered a northeastern town on Monday.

The Saudi energy minister, Prince Abdulaziz bin Salman, said oil exporters were showing serious commitment to global output cuts in a deal between OPEC and its allies, a grouping known as OPEC+.

Russian Energy Minister Alexander Novak said there were no talks underway to change the OPEC+ deal.

Kuwait’s oil minister said it was too early to discuss a possible buildup in oil inventories in 2020. Khaled al-Fadhel said a price range of $50 to $70 per barrel would be acceptable.

The compliance of OPEC+ producers with the supply-reduction agreement was seen at above 200% in September, sources familiar with the matter said.

Bin Salman also said on Monday that Saudi Arabia’s oil production will recover in October and November to levels above those seen before attacks on its energy installations in September, which weighed on oil prices.