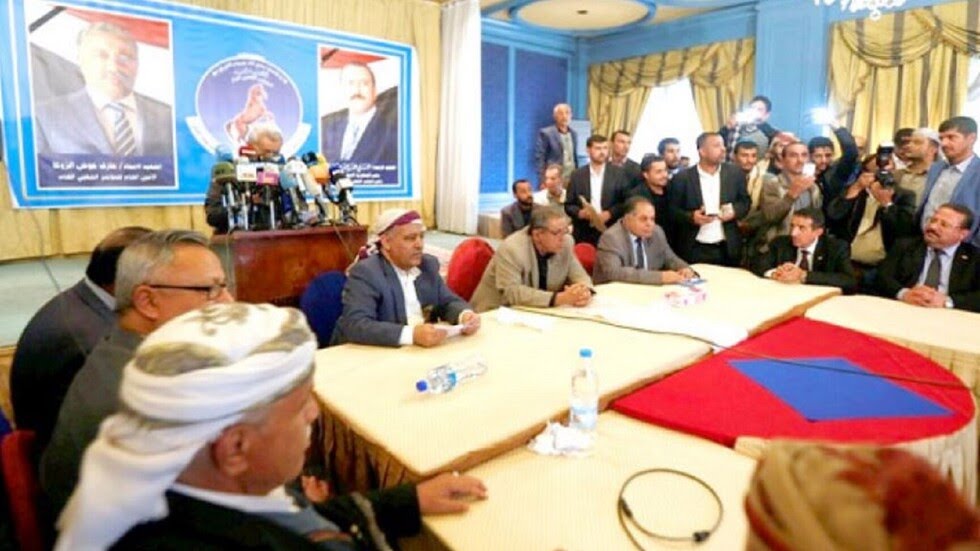 The Yemeni General People's Congress (GPC) party announced here Sunday that it will boycott the political council established by Ansar Allah (Houthis) in partnership with the former president of the conference Ali Abdullah Saleh.

The party said in a statement published on the website of the conference "Net Conference" in Sana`a, that the decision to "boycott the work and output of the political council, parliament, cabinet and Shura Council", was taken in response to "the release of a group of members of the Yemeni Rally for Reform Party accused of an assassination attempt Party chairman and former Yemeni president, Ali Abdullah Saleh in 2011. "

According to the statement, the General Committee of the General People's Congress expressed its "strong condemnation of the sudden release of those accused of bombing the presidential house in Sana`a, which left 14 dead and 200 wounded and disabled."

The statement confirmed that the released have nothing to do with the prisoners of war, either from near or far, because they are accused of a criminal case."

A Yemeni security source in Sana`a told the agency "Sputnik" Russian, how was the process of releasing the suspects who were held inside a prison in Sana`a.

The security source said: "The process of releasing the defendants was through a prisoner exchange deal, between the Ansar Allah group (Houthis) and the Islah Party."

It pointed out that "tribal elders led the deal, which led to the exchange of 24 prisoners and detainees, including the five accused of attempting to assassinate President Saleh."