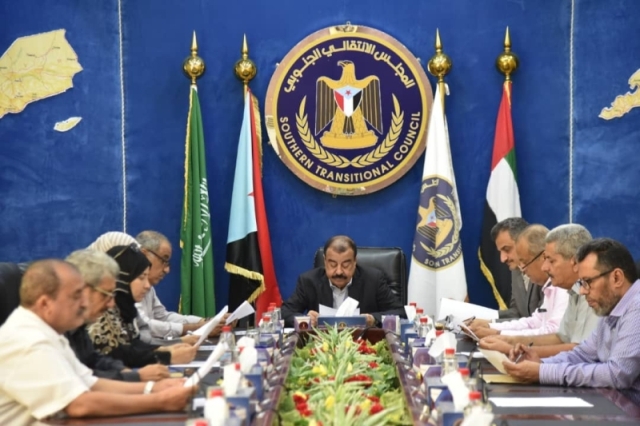 The Emirati separatist Southern Transitional Council (STC) on Sunday accused the Yemeni internationally-recognized government of trying to thwart Jeddah dialogue and explode the situation in the eastern governorate of Hadhramout.

At meeting chaired by acting chairman General Ahmed Saeed bin Boraik, the STC discussed "developments of the Saudi-sponsored Jeddah talks, and stances of the legitimate government, which has been extorted by the Muslim Brethren and obstructing the dialogue efforts," the STC website reported.

The STC "sticks to the administration of the southern liberated provinces and rejects Muslim Brethren attempts to disrupt security and stability in these areas."

The STC "adheres to national principles and partnership with the Arab coalition led by Saudi Arabia and the United Arab Emirates."

"The Yemeni government different military units should head for fronts of fighting against Houthis."

The STC warns against the dangers of "military escalation" led by the government that "determinedly seeks to change the situations on the ground in some Hadhramout coastal areas."

The main purpose of such attempts is to 'explode the situation and thwart Jeddah dialogue," the STC added calling on the coalition to "stop this escalation and press for finalizing the dialogue."

The Red Sea port city of Jeddah has been hosting indirect talks between the separatist STC and government to reach an agreement.

Having been expected to be inked last Thursday, the Jeddah pact was delayed after the UAE had reportedly asked for amendments that rejected by the Yemeni government.