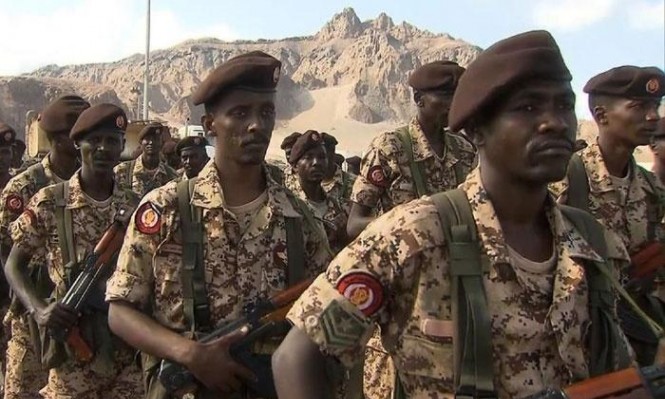 The Houthi group (Ansar Allah) claimed in Yemen on Monday, that it captured in Hajjah governorate soldiers from Sudanese forces from the Saudi-led Arab coalition in support of legitimacy in Yemen.

The leader of the Houthi group, the head of the prisoners' affairs committee of the group, Abdul Qader al-Murtada, said in a tweet on Twitter that a group of Sudanese soldiers were held captive by the group's fighters a week ago at the Hayran Front in Hajjah province.

He vowed: "The next is greater, God willing," he said, without giving further details about the operation or the number of captured soldiers.

There has been no comment from the Arab coalition or Sudanese forces about what the Houthis have declared so far.

The Houthi leader accused the new regime in Sudan to continue to plunge thousands of people in Sudan in absurd wars in Yemen to serve the Saudi and Emirati regimes, as he put it.

On 7 October, the Houthi group said that its forces "fired missiles at gatherings of Sudanese soldiers in al-Waziiya junction in Taiz governorate, killing and wounding a number of them."

Thousands of Sudanese soldiers are fighting in the ranks of the Arab coalition, with ousted Sudanese President Omar al-Bashir sending troops to Yemen in 2015 as part of a major foreign policy shift that saw Khartoum abandon its decades-long ties with Iran by joining the Saudi-led coalition.

An unknown number of Sudanese troops were killed in Yemen.

The Sudanese army has not announced the death toll of its troops in the war, while the Ansar Allah group (Houthis) says they are in the hundreds.