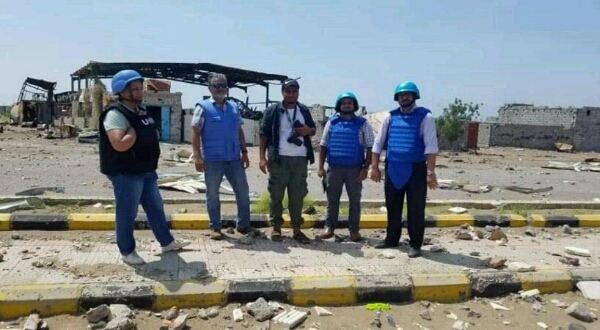 The United Nations on Monday established a third post to check truce, in the Yemeni western port city of Hodeida, between the Yemeni internationally-recognized government and Houthi group, which has been blamed for targeting the post and killing three government troops.

Liaison officers have been deployed to monitor the ceasefire in Kilo-16 quarter, to the east of Hodeida City, the pro-government joint forces spokesman, Wadhah al-Dobaish, said.

Successful establishment of ceasefire at the four posts, three of which have already been erected, would enable the UN to deploy its monitors to check compliance with truce, said the government team in the Hodeida Redeployment Coordination Committee (RCC).

"If the four points are successfully established in Hodeida City, with the two parties involved, the UN can get to the field, so that the establishing the ceasefire will be monitored by three parties; the legitimate government, the UN and Houthis," vice-chairman of the government RCC team told the Saudi Asharq Al-awsat.

The first post was established Saturday at the Khamiri checkpoint in the northern part of Hodeida, and the second was erected on Sunday in the presence of the UN-missioned RCC chair, the Indian General Abhijit Guha.

Colonel Dobaish accused Houthis of targeting the pro-government forces as the third post was being erected in Kilo-16, killing three troops and injuring an officer and a soldier.

The officer and soldier were shot while waiting for Gen Guha at the location set for deployment, he added.

Houthis have forced the RCC chair to take the longer road to reach the site 4 hours later, and this "is a blatant challenge to efforts exerted by the UN monitoring team and liaison officers to cease fire in Hodeida," Dobaish siad.

The erection of ceasefire checkpoints is expected to conclude on Tuesday with the establishment of the fourth post in Manzar quarter to the south of the Red Sea port city.

But none of this has taken place so far, with both sides trading blames for violating and trying to thwart the deal.