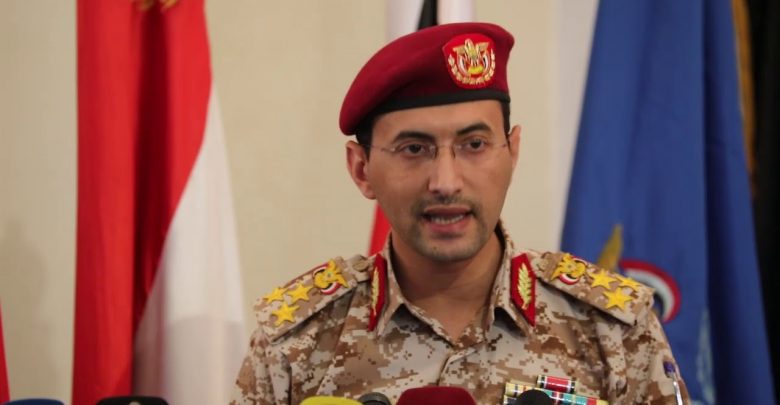 The leader of Ansar Allah group (Houthis) Yahya Saree announced on Tuesday the start of a public trial of a group of officers, whom he described as traitors, in a central military court in the capital Sana'a.
Seree, the military spokesman for Ansar Allah group (Houthis), said that the Central Military Court held its first public hearing in Sana'a today to hear criminal case No. 6 of 1441 AH, in which a group of traitors officers accused of facilitating the entry of the enemy into the territory of the Republic of Yemen and providing fighters with in addition to other facts includded in the indictment.
Saree confirmed that the Court decided to instruct the Public Prosecution to re-declare the defendants through their military units and to use moral guidance and the appropriate means, warning them that if they do not appear in the next hearing on Sunday 6 November 1441 (3 November 2019).
He pointed to that "the court will do justice to the accused and proceed with their trial proceedings in accordance with the provisions of Article 68 of the Military Criminal Procedure Code."
According to Yahya Seree, the names of the defendants in this "criminal case" are (Abdrabbo Mansour Hadi, Ali Mohsen Saleh Al Ahmar, Mohammed Ali Ahmed Al Maqdashi, Abdullah Salem Ali Al Nakhie, Haitham Qassim Taher, Ahmed Hussein Saleh Al Aqili, Fadl Hassan Mohammed Al Omari, Yahya Hussein Abdullah Salah, Amin Abdullah Hamed al-Waeli, Tariq Mohammed Abdullah al-Ahmar, Hashem Abdullah Hussein al-Ahmar).