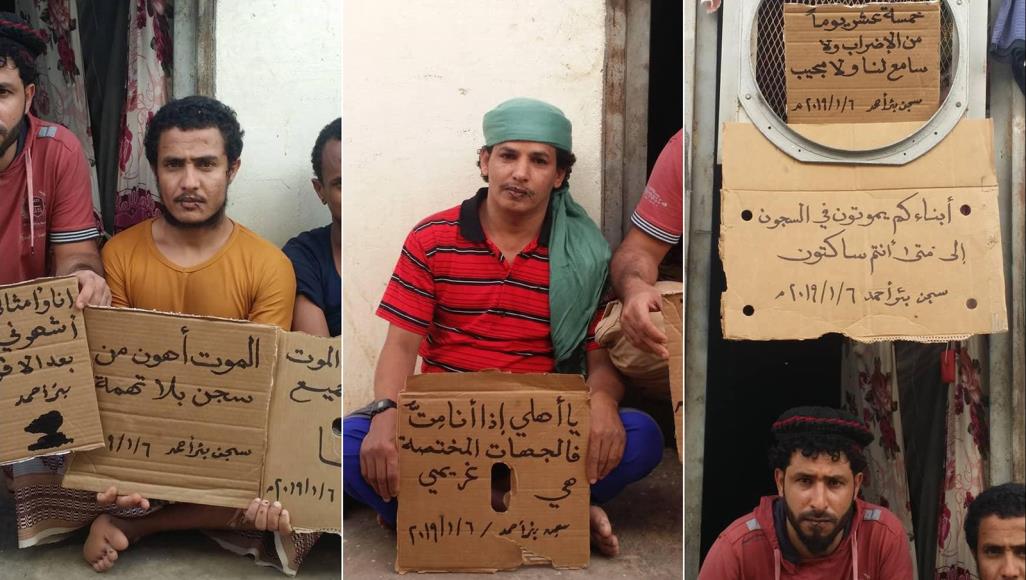 Fifteen detainees have started open strike at a jail run by Emirati-backed forces in the Yemeni southern port city of Aden, as their detention persists despite the release they were given six month ago.

"Our sons detained at Bir Ahmed Jail have announced open hunger strike," Abductees' Mothers League (AML) said Monday, "in protest of their prolonged imprisonment after they had got releases."

In a statement, AML called on the two ministers of justice and interior and the public prosecutor to release the 15 detainees.

Mothers also called for justice for their 15 sons, and for decisive and accelerated proceedings for other detainees "arbitrarily imprisoned at Bir Ahmed Jail."

It is the responsibility of the government authorities to secure the detainees' freedom and safety, to listen to their demands and to accelerate legal actions related to their cases, AML said.

Last July, AML and rights bodies in Aden said only 13, out of 20 detainees for who the Public Prosecution issued releases prior to the Holy Month of Ramadan, had been freed.

Since last year, detainees at Bir Ahmed Jail have sporadically gone on hunger strikes, as the PP orders for immediate discharge have kept unfulfilled.