Studies: Heart and brain health are connected, but what influences both? 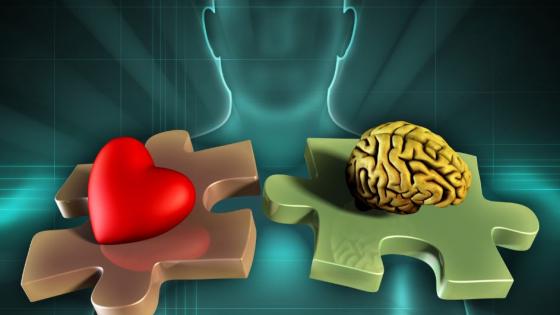 Studies have shown that there is a link between cardiovascular health and brain health, but it is unclear whether genetic or environmental factors are most important in determining them both. A new study in twins suggests that nurture, rather than nature, may be decisive.

Nurture may be more important than genetic factors in determining heart and brain health outcomes.

Evidence from different studies has suggested that there is a strong linkTrusted Source between cardiovascular health and brain health.

But what predisposes a person to poorer — or better — cardiovascular and brain health? So far, scientists have been unable to answer this question with any degree of certainty.

Generally speaking, there are two types of factors that could influence aspects of heart and brain health in the long term. These are genetic (nonmodifiable) factors and environmental (modifiable) factors, a conjuncture that people sometimes refer to as the "nature vs. nurture" conundrum.

To try to determine whether genes or environmental factors play a more important role in long term health outcomes for the heart and brain, researchers from Emory University in Atlanta, GA, decided to study a cohort able to provide more solid answers: pairs of twins.

Identical (monozygotic) twins have the same genetic profile, while fraternal (dizygotic) twins share about 50% of their genes. As a result, pairs of twins can allow researchers to compare the effects of nature with those of nurture more effectively than other populations.

Nurture may count more than nature

In the current study — the findings of which appear in the Journal of Alzheimer's Disease — the researchers analyzed the data of 272 male pairs of monozygotic and dizygotic twins, which they were able to access via the Vietnam Era Twin RegistryTrusted Source. All of the participants were free of both cardiovascular disease and dementia at baseline.

"The analyses further suggested that familial factors shared by the twins explain a large part of the association and thus could be important for both cardiovascular and brain health," she adds.

According to the findings of the study, the association between heart and brain health was similar among all pairs of twins, regardless of whether they were identical or fraternal.

The researchers believe that some of the modifiable factors that contribute to a predisposition toward certain heart and brain health outcomes include factors relating to early family life, as well as socioeconomic status and education.

"Improving population-level [cardiovascular health] scores, which are extremely low in the United States, has the potential to reduce the burden of dementia along with heart disease," notes co-author Dr. Ambar Kulshreshtha, Ph.D.

The findings, the investigators add, are relevant in the context of the American Heart Association's 2020 Strategic Impact Goal. This goal is a 20% improvement in cardiovascular health and a 20% reduction in deaths from cardiovascular diseases and stroke in the US, both by next year.