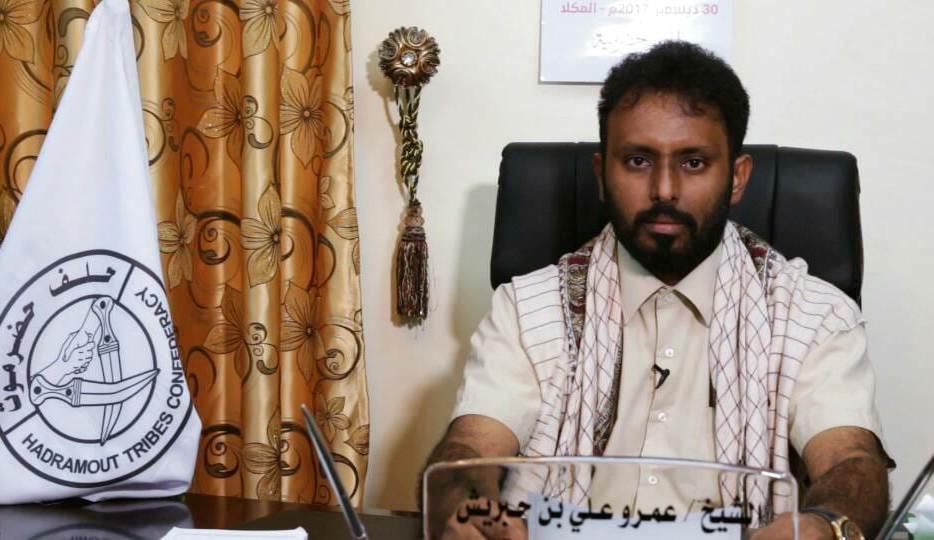 Without participation of the Hadhramout Inclusive Conference (HIC), any arrangements pertaining to national issues, mainly the south, will be useless, the HIC said Thursday.

The HIC "will have a frank stance" on those arrangements, chairman of the Conference said in his (Jeddah Dialogue and Arrangements for Next Stage) letter to the Yemeni President Abd Rabbu Mansour Hadi.

The HIC has "sent representatives to participate in and closely know outputs of the Saudi-sponsored dialogues," Sheikh Omar Bin Habreesh added.

The Yemeni internationally-recognized government and the Southern Transitional Council (STC) have reached a Saudi-brokered pact that will be soon signed in Riyadh, the Saudi Asharq Al-awsat said Thursday.

"The Saudi-led coalition will supervise a joint committee as observing the application of Riyadh deal," the paper quoted a Saudi informed source as saying.

In the meantime, a "technocrat political government will formed of 24 ministers, fifty-fifty shared between southern and northern governorates, and appointed by President Hadi," he added.